The Supersonic Acrobatic Rocket-Powered Battle-Cars series, as it was formerly known, is bringing a spin-off game to mobile.

If you're a gamer, you've likely tried your hand at a game of Rocket League before screaming the house down in frustration and rage-quitting the second you see just how ridiculously high the skill level is. 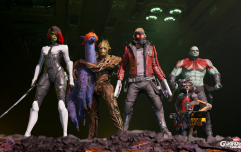 END_OF_DOCUMENT_TOKEN_TO_BE_REPLACED

For anyone unfamiliar, Rocket League is a 'vehicular-based soccer game' - essentially, you play footy in cars. It's daft, it's fun and it's become a phenomenon that currently averages anywhere from 50,000 to 150,000 daily players every month on Steam alone.

In its previous iteration (I'm not typing it out again), it had a relatively small but cult-like following, which helped developers, Psyonix, turn it into the fully-fledged online multiplayer game it is today.

As mentioned, dedicated Rocket League players are scary good at the game and, as such, people often don't stick with it long. It was one of the first big games to incorporate cross-play between PC and consoles; given how much technique and finesse there is to mastering the meta, console gamers stand little chance against those with added control on PC.

However, a new contestant is set to enter the arena which could allow for another group of players to establish their own skill-base. As per their Twitter, Rocket League have announced they are releasing a mobile version of the game. The spin-off title will be called Rocket League Sideswipe.

INCOMING!! Rocket League Sideswipe is coming to iOS and Android later this year.

This all-new game will bring the competitive, car soccer gameplay you all LOVE to mobile devices with unique arcade-style action. 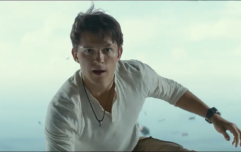 END_OF_DOCUMENT_TOKEN_TO_BE_REPLACED

Not only will this be fantastic news to fans of the game who have been looking to play the game on the go - the Nintendo Switch being the only other portable version of the game thus far  - but some people may finally find a platform they can actually play it on.

The game will be released on iOS and Android devices sometime later this year, though a date is yet to be confirmed. They also released a trailer for Rocket League Sideswipe's alpha build gameplay, so while it isn't representative of the finished product, you can get a taste for what it's going to be like.

As you can see, they've gone for a flatter, platformer-style presentation (hence the title) that will likely work well with the new touch-based controls. From what we can tell, you can still enjoy the same level of customisation that the original game provides and you will be able to play 2v2 at the very least.

Most importantly, though, they have stuck with the free-to-play format that they switched to in 2020. Games like Fortnite, PUBG, Apex Legends and even Call of Duty: Warzone have shown just how viable the model is nowadays. We're sure Rocket League will see plenty of the same success on mobile.

Either way, a lot of phones are about to get smashed to fuck.