Another first edition sold for £40,000 at the same auction.

A hardback first edition of Harry Potter and the Philosopher's Stone has sold at auction for £68,000. 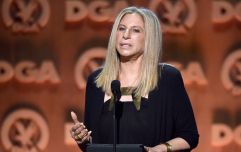 END_OF_DOCUMENT_TOKEN_TO_BE_REPLACED

The book was among 500 hardback copies which were printed in 1997, with 300 of them going to schools and libraries and the other 200 going to shops.

It was one of those that was sold in shops for £10.99 which makes the book even rarer.

The book sold at Hanson's Auctioneers on Friday in Derby.

Another first edition which was originally being sold in a car boot sale for 50p ended up selling for a whopping €50,000 in the same auction.

Solicitor Charlotte was helping her mother clear out her house earlier this year when they made the discovery.

END_OF_DOCUMENT_TOKEN_TO_BE_REPLACED

“I’d been helping mum have a clear out during lockdown as she’s downsizing," Charlotte said.

"We’d put lots of things aside for a car boot sale in Blackpool including the Harry Potter book which we’d had since 1999. A friend of the family gave it to us for me and my brothers to read as they thought we might enjoy it.

“I put it in the 50p book box without a second thought but, soon after, I just happened to see the Antiques Roadshow on TV. Someone had taken along some rare Harry Potter books and the experts said they could be worth £13,000. I thought maybe we might have a first edition and rang mum to ask her to double check our book. She took it out of the box and I began reading out the issue points that identify it as first edition. As she turned the pages to check each one, everything seemed to be exactly the same.

“We still couldn’t believe it so we contacted Hansons. Their expert Jim Spencer confirmed it was a genuine first edition. We’re so excited. Mum moved to Blackpool in 2003 and can’t believe she has had such a valuable book sitting on her bookshelf all that time."