Finally, we're edging another step closer to this year's launch of Love Island now that we know who the contestants are.

But forget about their heavily scripted biographies that accompany the press release. That's for mugs. Muggy, muggy mugs. What's far more fun is using their promo photos to predict their personalities, based on nothing more than stereotypes and strong vibes.

Let's try to figure out who's going to be a nightmare on Love Island 2018 and make some powerful enemies before the new series even begins.

Hobbies: Competitively playing pitch and putt, telling girls he's "actually a really sensitive guy", kissing his Mum on the lips and using a trolley token at the supermarket rather than a pound coin.

Interesting Fact: Adam once had 16 verrucas on his foot and infected his entire swimming class because he refused to wear the special socks. 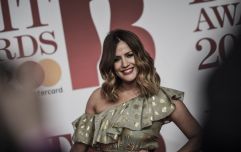 END_OF_DOCUMENT_TOKEN_TO_BE_REPLACED

Hobbies: Buying unicorn-themed household items, uploading Instagram stories on a night out of herself singing along to Dua Lipa, eating prawn cocktail crisps and allowing her dog to lick the inside of her mouth afterwards.

Interesting Fact: Dani has a fear of cotton wool and putting air in her car tyres.

Hobbies: Perfecting his lasso skills, reminding people that the MOT is "just a moneymaking racket" and contributing to his friends' WhatsApp group called 'It's A Very Very LAD World by Gary Jules'.

Interesting Fact: Alex is 7ft tall and can smell chest infections from over a mile away. 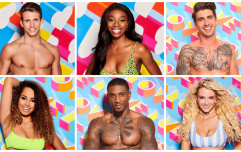 Every 2019 Love Island contestant ranked from worst to best

END_OF_DOCUMENT_TOKEN_TO_BE_REPLACED

Hobbies: Determining the severity of antibiotic resistance, investigating whether space exploration can altar the expression of certain genes and solving Rubik's cubes in under 3 minutes.

Interesting Fact: Last year, Hayley, along with a team of Chinese computer scientists, successfully teleported properties of light particles from the ground into outer space.

Hobbies: Being a self-confessed "cheeky chappy", wearing XS blouses from the ladies' department of Topshop, sucking his teeth so they're bone dry at all times and referring to chicken dippers and chips as 'chippies and dippies'. 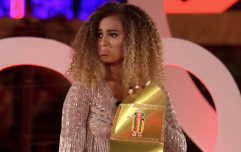 END_OF_DOCUMENT_TOKEN_TO_BE_REPLACED

Hobbies: Insisting that her 10k Instagram followers aren't bought, absorbing other peoples' personalities and combining them all together to make her own, being a #ProudVegan online and quote tweeting Katie Hopkins with 'Ugh ffs stop' at least twice a week.

Hobbies: Bankrupting himself by buying a litre of vodka for the table in a bar to impress a girl who still isn't interested, calling his younger brother a 'soft boy', taking a fistful of free mints in a restaurant on the way out and reminding everyone that he once squeezed Jane Eyre's bum in a dream.

Interesting Fact: Jack once squeezed Jane Eyre's bum in a dream and she punched him in the gut.

Interesting Fact: Until she was 8, Laura thought cheese was called 'Clumpty-fluff'.

Hobbies: Arranging his collection of Blu-ray DVDs in alphabetical order according to the director's mother's maiden name, eating Dairylea Lunchables in a non-ironic way, playing the kazoo and putting coconut oil in and around his moisture-deprived butthole.

Interesting Fact: Niall is afraid of trundle wheels after one ran over his pinky toe in primary school.

Hobbies: Walking barefoot across hot coals to build up strong heat-resistant soles, sitting in the emergency row on a flight, purchasing cordless appliances and fantasising about Brian McFadden's chin.

Interesting Fact: Samira, if she was granted one wish, would use it on having Peppa Pig come to life and be her best friend forever. A second wish would be for Peppa's brother, George.

Hobbies: Making sure you get 'a slap-up meal tonight mate', wearing athleisure wear, calling alcoholic drinks 'Sherbet Dip Dabs' and capsizing every canoe he's ever been in 'for banter'.

Interesting Fact: Wes is short for Wesmond. Also he has Glandular Fever at present.