Pixar set to feature a transgender character for the first time

The search has begun for Pixar's newest star

Pixar will reportedly feature a transgender character for the first time in an upcoming project. 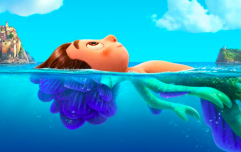 END_OF_DOCUMENT_TOKEN_TO_BE_REPLACED

News began to spread after rights group Trans March posted an excerpt from a Pixar casting search to their Twitter feed.

Trans March say their mission is to "inspire all trans and gender non-conforming people to realise a world where we are safe, loved, and empowered".

We have confirmed this is legit, so share away! pic.twitter.com/oKLFzyjXIL

According to the casting document, Pixar are looking for a "youth voice-over role" for an upcoming animated project, although it is yet unclear whether the role relates to a feature-length film or an animated short.

The document goes on to state that one character, Jess, "is a 14-year-old transgender girl. She's compassionate, funny, and always has your back".

The Pixar search continued, adding that it was seeking "actresses between the ages of 12 and 17" who "can authentically portray a 14-year-old transgender girl". 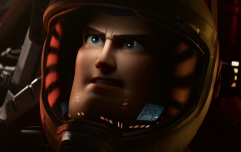 END_OF_DOCUMENT_TOKEN_TO_BE_REPLACED

Trans March went on to confirm the legitimacy of the casting call after social media users initially doubted it.

"Sorry folks, we should have been more specific with how we know this is real.

"We talked to the casting director and they sent us this flyer. They're reaching out to other orgs as well, but we got the sense we're the first to post about it."

In December 2020, actor Elliot Page publicly came out as trans.

In a moving statement posted on Twitter, Page said: "I feel lucky to be writing this. To be here. To have arrived at this place in my life." 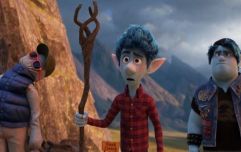 Pixar animator teaches you how to draw classic character

END_OF_DOCUMENT_TOKEN_TO_BE_REPLACED

Renowned for their work in Hollywood blockbusters Juno and Inception, Page's statement began:

"Hi friends, I want to share with you that I am trans, my pronouns are he/they and my name is Elliot.

"I feel overwhelming gratitude for the incredible people who have supported me along this journey. I can't begin to express how remarkable it feels to finally love who I am enough to pursue my authentic self.

"I've been endlessly inspired by so many in the trans community. Thank you for your courage, your generosity, and ceaselessly working to make this world a more inclusive and compassionate place.

"I will offer whatever support I can and continue to strive for a more loving and equal society."