Peppa Pig trolled Kanye West on Twitter after getting a better album review in the most cray news since Covid.

END_OF_DOCUMENT_TOKEN_TO_BE_REPLACED

While Kanye has been busy hogging 'All Of The Lights' with his Donda listening parties, his album only got a 6.0 rating on review site, Pitchfork.

Farmyard favorite, Peppa's spicy new offering, Peppa's Aventures: The Album, however,  got 6.5 on the same site, something that is 'Bound 2' irk West who always thinks his raps are 'Stronger'.

'Squealing with Glee Wednesday', it wrote: “Peppa didn’t need to host listening parties in the Mercedez-Benz stadium to get that .5." The post was followed by a dropped mic and a pig snout emoji, as well as side-by-side pictures of the two reviews.

Kanye held elaborate listening parties in football stadiums in Atlanta and at Chicago's Mercedes Benz Stadium, where he married his estranged wife, Kim Kardashian, and gesticulated in front of a life-size version of his childhood home,  before finally releasing the album last Friday. 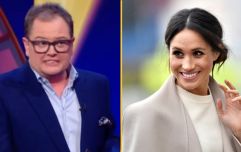 END_OF_DOCUMENT_TOKEN_TO_BE_REPLACED

In contrast, Peppa is said to have recently been spotted at a nature reserve and going on a family camping trip, one US publication amusingly claimed.

Pitchfork had this to say about Peppa's latest drop: "The four-year-old pop phenom and famous pig’s second album is a charming and self-assured celebration of family, friendship, and muddy puddles."

And on Donda, it blurbed: "Kanye West’s 10th album arrives barely finished and with a lot of baggage. Its 27 tracks include euphoric highs that lack connective tissue, a data dump of songs searching for a higher calling."

While Peppa later thought better about calling out Kanye, by deleting the tweet, Page Six concluded that the playful Pig had run rings around Yeezy with its New Pig Flow.

Donda may feature critically acclaimed songs including 'Off The Grid', but it doesn’t have the timeless Peppa track 'Birdy Birdy Woof Woof'.

popular
Watford staff unhappy with Ben Foster's commitment to vlogging on club time
Nigel Farage says another IRA slogan in latest Cameo trick
Mum who drove into Insulate Britain in rage says 'I just gave them a nudge'
Passengers who allegedly filmed rape of woman on train unlikely to be charged
Pilot who crashed plane that killed Emiliano Sala was ordered not to fly
Everton footballer has bail extended until January
Cold War Steve: How the Banksy of Twitter turned Covid angst into art
You may also like
Sport
Newcastle social media accounts see huge follower surge after Saudi-backed takeover
News
People are losing their minds over how to actually pronounce IKEA
News
Tory MP slammed for saying living on £82,000 salary is ‘really grim’
News
Mark Zuckerberg's net worth tanked after Facebook and Instagram shortage
Sport
Sergi Canos wants his shin pads back
Next Page