Monopoly has been given a fresh twist for Christmas 2020, and it's one that people who suck at Monopoly will love. Not that you'd ever admit to sucking at Monopoly. That would not be very Monopoly of you. 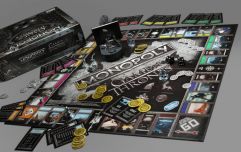 An all-new Game of Thrones Monopoly is coming

END_OF_DOCUMENT_TOKEN_TO_BE_REPLACED

Monopoly For Sore Losers turns the concept of Monopoly on its head: instead of being punished for doing badly, you get rewarded instead.

"Players earn cash by doing the typically frustrating things in the game such as going to Jail, paying rent on a property, or going bankrupt," the product description says.

"And those who really start sinking can make a comeback using the large Mr. Monopoly token that gives players advantages over everyone else."

Monopoly For Sore Losers costs £18 from Argos, and is sure to be a huge hit at Christmas - providing there actually is a Christmas this year.

There are now approximately 2.8 million different versions of Monopoly, everything from Fortnite Monopoly to Only Fools And Horses Monopoly. There really is a Monopoly for every occasion. 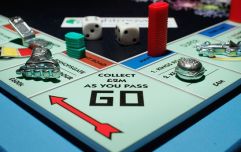 After 82 years, Monopoly has ditched one of its classic playing pieces

END_OF_DOCUMENT_TOKEN_TO_BE_REPLACED

If you hate losing at Monopoly, so much so that you'll do anything to win, you might also be interested in Monopoly: Cheater's Edition.

"The outlandish suggestions on the board, cards, and rules encourage players to express their inner cheater to own it all while they buy, sell, dream, and scheme," the product description says.

"Fake a die roll, steal some bills from the bank, and even skip out on rent. Complete a cheat to get a reward, but fail a cheat and pay the consequences!"

So it's just like real life capitalism. Except the cheats don't go to jail.

That's a decent bit of satire, isn't it?

Monopoly: Cheater's Edition also costs £18 from Argos, but is not guaranteed to reduce the number of board flips from sore losers. Neither is Monopoly For Sore Losers, mind.

popular
Jealous man glued wife's vagina shut as he caught her cheating with four men
Praying man who said 'see you in heaven' tries to open door mid-flight
Incredible case of the only known individual whose parents were two different species
Knifeman spotted fleeing scene after OAP busker is killed
TikTokers are utterly convinced there is a secret zombie apocalypse going on in China right now
People want ‘offensive’ Crown Paints advert banned after attracting hundreds of complaints
Darius Danesh opened up about his health struggles before his tragic death aged 41
You may also like
News
People are losing their shit over this little-known Monopoly rule
Gaming
What your go-to Monopoly piece says about you
Life
Millennials are offended by new Monopoly... for Millennials
News
Monopoly have launched a special edition just for cheaters
Life
This is how to win at Monopoly this Christmas
Next Page