Announcing he has a new album on the way, legendary Smiths guitarist and acclaimed solo artist Johnny Marr is to release Call the Comet this coming June. 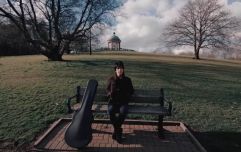 END_OF_DOCUMENT_TOKEN_TO_BE_REPLACED

Recorded with his band in Manchester at Marr’s own Crazy Face Studios, the new album is his third solo album and follows the critically acclaimed albums The Messenger and Playland.

Announced today with the release of new single "The Tracers" (listen here), other songs on the album include "Actor Attractor", "Walk Into the Sea", "Bug" and "Spiral Cities", the latter of which is already established as a fan favourite at Marr's live shows.

"Call the Comet is my own magic realism," says Marr. "It’s set in the not-too-distant future and is mostly concerned with the idea of an alternative society. The characters in the songs are searching for a new idealism, although there are some personal songs in there too. It’s something that people like me can relate to."

Call the Comet's tracklisting is as follows: 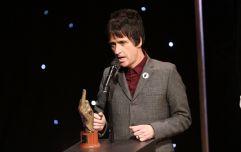 END_OF_DOCUMENT_TOKEN_TO_BE_REPLACED

Call The Comet arrives June 15th and is now available to pre-order here.

Johnny Marr has also announced he will embark on a tour to preview the new album. The dates are:

Tickets are available via Ticketmaster’s Verified Fan scheme, which is now open for fans to register their interest.

popular
Incredible case of the only known individual whose parents were two different species
TikTokers are utterly convinced there is a secret zombie apocalypse going on in China right now
Darius Danesh opened up about his health struggles before his tragic death aged 41
Pop Idol star Darius Danesh found dead aged 41
Jamie Foxx and Snoop Dogg's vampire movie surges to the top of Netflix charts
People are sharing 'evidence' that history's biggest event was staged by humans
Brits who snore could get £156 in DWP benefits every week
You may also like
Music
Johnny Marr calls Boris Johnson "a f*cking moron"
Entertainment
Armie Hammer's ex-girlfriends share his '100% cannibal' texts in new documentary
Entertainment
Brian McFadden alarms fans after sharing video showing his horrific reaction to 'bee sting'
Entertainment
Olivia Newton-John ‘really struggled’ in the week before her death, niece says
Entertainment
Olivia Newton-John's message to fans in the last video she ever made
Next Page