Something everyone will be talking about... 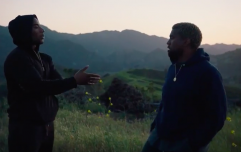 10 things we learned from the Kanye West & Charlamagne interview

END_OF_DOCUMENT_TOKEN_TO_BE_REPLACED

A rare film series that gets better with every series, the big bad people are back for third Purge film - The Purge: Election Year.

Where the first Purge film was a decent home invasion film and the second a fun bit of dystopian fan-fiction, this time around The Purge takes on politics as our Punisher themed Frank Grillo character tries his best to protect a Presidential candidate from some very bad dudes.

At one point in this film someone complains about their "Purge Insurance" - get ready for an ace bit of dumb, crispy fun.

Something that'll make you (seem) cooler...

Those trusty trainers that have lasted you the past year are due an upgrade, so allow us to introduce you to your new Nike themed best friend: The Nike Roshe Two.

Boasting a new flyknit upper and a white phylon sole, somehow Nike have found a way to make Roshes even more lightweight and comfortable.

They're out on Thursday. We fancy a pair in red ourselves.

Something you should listen to this week...

London singer-songwriter Dua Lipa only makes bangers. She tore up the dancefloor earlier this summer with "Hotter Than Hell" and now she's back with new song "Blow Your Mind".

Her debut album is out in February; expect to hear a lot more of her in the coming months.

Something that'll change your life... 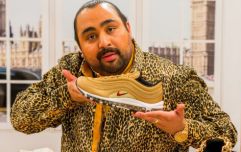 Kurupt FM and Nike have collaborated for a hilarious video

END_OF_DOCUMENT_TOKEN_TO_BE_REPLACED

Cover your kicks. Seriously. There's no point buying nice trainers only to batter them on your first wear.

A good stain repellent can be the difference between wearing a pair of trainers for three years, or having them give up the ghost after three months. Brands like Crep Protect and Jason Markk's make excellent sprays that protect your trainers.

Something that'll make you seem clever in the group chat...

Spread the word, tell the group chat. Ruin your lives with FM all at the same time.

Something we highly recommend...

Stranger Things has now been out for a month.

So let's talk free and honestly about who the best characters are.

Remember: we are talking freely and honestly here.

You've been reading JOE's weekly newsletter, which you can also sign up for in email form below, to get tips on what to watch, what to listen to and what to say to sound like a smart ass in the pub delivered right to your inbox.