This week, JOE Agony Uncle Matt Berry helps our readers with relationships, fox-hunting and coming out.

If you have an issue you'd like Uncle Matt to help with email [email protected]. 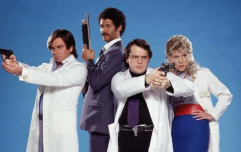 QUIZ: How well do you remember Garth Marenghi's Darkplace?

END_OF_DOCUMENT_TOKEN_TO_BE_REPLACED

I'm thinking of coming out to my parents. My partner has come out to her mum already, but mine are really traditional and can be homophobic at times. Any advice on coming out without giving them a heart attack?

Thank you and much love, Jessica

I have to say from the outset Jessica that on the subject of coming out to parents, I personally have no experience and am quite unqualified to give any advice, or even discuss this situation. 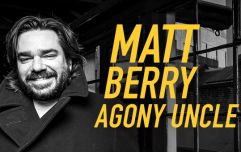 END_OF_DOCUMENT_TOKEN_TO_BE_REPLACED

But you've asked me, and I get paid to share an opinion so, I'll try. Here goes...

If your parents are, as you say, traditional and slightly homophobic - or Tory if I may - I'm guessing they probably won't be at all Lebowski about your news. I reckon they'll assume it's a phase, and not hassle you too much at first.

A year down the line and you're still living a penis-light life, they could begin a slow rise to defcon 1. Thing is, in the meantime you've established yourself as who you are, due to your unchanged situation so, your parents cannot really say/do anything apart from fall in line and accept you and your partner as a serious thing.

In short, I think the best thing to do here is be an open book from the get go. Tell them the complete truth, and continue to do so. As MC Hammer once (kind of) said 'they can't touch this'.

END_OF_DOCUMENT_TOKEN_TO_BE_REPLACED

I don't feel as though I'm in a solid relationship with my girlfriend. She only does what her grandmom says she's allowed to, her grandmom treats her like a kid and she's 32-years-old, (I'm 27).

She can't come out late because her grandmom says so and her family aren't too thrilled that she's dating a black guy. But at the same time, she is such a sweet lady and very kind-hearted, so I can't leave her. I tried before and almost broke her heart. I couldn't do that to her. I mean it's like she's not even her own woman. What should I do?

Drac? What kind of f***ing name is... No matter. You American Drac? I'm guessing you are with all this Grandmom jazz.

Anyway, sounds to me like you've got to drag her out of the past and to some place where her grandmommy can't control her. She's 32? It's not like you're absconding with a teenager Drac. Do it. And be a man about it.

Forget the business about them not being thrilled their baby is dating a black man thing as that is not your problem. It's grandmamas.

If there is any resistance from her family, which there will be, you should hold your head high and tell Grandmama that she can 'kiss yo ass' (or 'black ass' if you prefer? I can't tell you to say that obviously). If you love this women then set her free, and don't look back...Drac.

My mate has asked me to go fox-hunting with his family for his birthday. I was tempted because I've never done it before but after the furore around Cecil, I'm rethinking it. I know it's ridiculous to compare the two but it has put me off. Would you go if you were me, or if you've been, what did you think?

It's not ridiculous to compare the two at all. Cruelty is cruelty, no matter how big or pretty the animal is.

If you go, then you're a c*nt. I've said it. Plain speaking, to fit a question with a plain and simple answer. If you've been invited then you really have no place being there at this hunt.

You'll stick out like a spare d*ck and won't have a clue what to do when they all start to 'tally ho' and dribble warm cherry over themselves.

I've never been to one of these things, but I've seen enough evidence to know what goes on. It's a dying folly enjoyed by the too-much-time-on-their-hands set, who could easily spend that morning fixing something, or being kind to someone.

Think of that J White when you contemplate whether to attend or not. It's also no coincidence either that hunt rhymes perfectly with c*nt, please consider this also, but not as much as the previous point.