Is it finally time to acknowledge Beyoncé is better than Michael Jackson?

Following Beyoncé’s Coachella performance this morning there’s a question now being asked that involves the King of Pop, Michael Jackson. 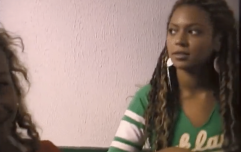 END_OF_DOCUMENT_TOKEN_TO_BE_REPLACED

Who is the better performer?

There really is no right or wrong answer and I’m going to tell you why.

That’s it. Done. You can all go home now.

END_OF_DOCUMENT_TOKEN_TO_BE_REPLACED

While I joke it’s still true. But you know what? Beyoncé is also the greatest live performer of all-time. She has proven time and time again that she is not to be overlooked. Her dedication to live performance is borderline obsessive. She wants to make sure that every little thing is done correctly. Whether it’s the choreography, the lighting, the sound, the stage set up, the timings, the pyro, the hysteria, the featured guests, and everything else in-between, Bey’s on it.

The evidence has always stacked up in Bey's favour when it comes to her being the heir to MJ’s throne. If not her, who else would you suggest?

Chris Brown had his moment and we all thought he was going to be the next Michael Jackson. The press were painting him that way, the fans were willing it to be a thing, and if truth be told, I was on the Chris Brown train heavy. I’d never seen anyone dance as close to Mike until CB, and he did it with his own sense of style. Unfortunately we all saw how that turned out. 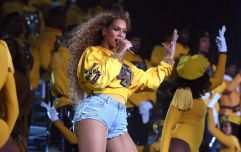 END_OF_DOCUMENT_TOKEN_TO_BE_REPLACED

Then there’s Bruno Mars. Unquestionably a top flight showman, but for me he’s never quite had that individuality that Mike had and that Beyoncé has. Bruno is talented beyond belief. He’s a child of pop culture, it runs through his veins. But as amazing as his live performances are he’s more great than he is transcendent. To use a basketball analogy, Bruno Mars is the Kobe Bryant to Michael Jackson’s Michael Jordan.

Throughout the years there have been numerous other artists who were obviously influenced by Michael Jackson but couldn’t compartmentalise what it would take to get anywhere near his level. Think Usher, Ginuwine, Justin Timberlake.

But while we talk about Beyoncé being the heir to MJ’s throne, what about her being the ruler of all rulers, the best to ever do it?

We humans love to compare, especially when it comes to art and sport. In basketball there’s a daily debate on who’s better, Michael Jordan or Lebron James. In boxing there was always a discussion on whether Mike Tyson could have beaten Muhammad Ali in his prime. The thing is it’s not possible to ever come up with a legitimate answer when the two existed in different eras.

The NBA was a completely different league back when Jordan was playing, it was more aggressive, fouls weren’t as soft, but in Lebron’s era the game is quicker and perimeter shooting is way more important than a player’s mid-range game. The same observation can be made when discussing music and the live performing of it, it’s changed a lot.

Usually the best way to settle an argument like this would be to weigh up the pros and cons, but do either Beyoncé or Michael Jackson have any cons when it comes to live performances? Not likely.

Michael Jackson incorporated the moves of Fred Astaire with the funk and soul of black music and he created something that had never been seen before. His performances where like theatre productions set to music but they weren’t musicals, they were live music videos.

Look at his 1995 performance at the MTV Music Awards. It’s 15 minutes of musical precision. Skipping between songs fast and furiously, he brings in Slash from Guns N’ Roses, he recreates his Motown 25 performance where he first debuted the Moonwalk, and then he brings in a troop of dancers to create easily one of the greatest pieces of choreography we’d ever seen.

And what Mike did so well was make anything difficult look easy. It all looked so simple whenever MJ did it. Everything from his black and white suits, the tie, the hat, the glove (although this was usually covered in gems), and socks, were all so simple but yet are still iconic to this day. Put what would usually be a regular outfit (minus the glove) on anyone else and they’d be accused of copying MJ or going to a Halloween party dressed as MJ. How is that possible? It’s just a suit.

As for Beyonce it’s the Tina Turner-esque aggression and passion written all over her face when she’s on that stage that makes her a truly superhuman performer. She’s going hard and sweating it out like she’s on the court with Serena Williams, and while she’s having fun doing it she won’t stop until she wins.

Then there’s her fight for civil rights. Never one to shy away from current affairs that involves politics, Beyoncé is a voice for the voiceless. Having campaigned for the black community, for women, for poor people, for gay people, all through her music and the performance of said music, like Mike she’s faced criticism for lending her support to the disenfranchised yet she fights on.

Add to this her superb backing dancers, who never seem to stray off beat, her costumes that often celebrate black culture and its history, and her stage backdrops - did you see her stunning performance at the 2011 Billboard Music Awards? - and you’ll understand why she’s regarded the best.

My personal favourite performances include Michael Jackson celebrating his 30th anniversary performing “You Rock My World” with Usher and Chris Tucker. Then how can I forget Beyoncé singing “At Last” by Etta James at the 2009 Inaugural Ball for President Obama and the First Lady? What a moment. It still gives me chills every time I watch it.

Each of them has a Super Bowl performance under their belt that will forever go down in the history books. Mike’s 1993 halftime show was…well…just…wow! Using the biggest stage in the world as a platform to promote racial harmony and world peace, how can you not love it?

Beyoncé has performed twice at the Super Bowl, but her 2016 performance as part of Coldplay and Bruno’s Mars’ set that saw her celebrating black pride in the image of the Black Panther Party gets my vote.

Something they’ve both done very well is take their controversies and make them a part of their art. Whether it was Beyoncé’s husbands’ infidelity or the constant attack on Michael Jackson for everything ranging from child sexual assault allegations to him sleeping in an oxygen chamber, they both know how to turn a weakness into a strength - not many people are strong enough to do this.

They both invoke tears and I’m not afraid to admit to shedding a tear or two myself after watching a few of their performances. Sometimes you don’t even know why you’re crying but that’s precisely why we’re even having this discussion, they do that to you through their performances and not many people are blessed with that gift.

Beyoncé means so much to so many people. She’s more than just music, she’s an icon, she’s a cultural leader and a beacon of hope for so many people. Whether you’re male, female, young, old, gay, straight, black or white, she’s got your best interests at heart. Much like Mike - just listen to “Earth Song”, "They Don’t Care About Us”, or “Heal the World”.

With that said, music isn’t some western where the town isn’t big enough for the both of them. As far as live performers go I don’t think neither Beyoncé or Michael Jackson are better than one another. Beyoncé is just this generation’s version of the King of Pop and we should all count ourselves lucky to be alive to witness it.