Game of Thrones: As the story nears its end, the characters continue to learn nothing

After seven and a 5/6 seasons, all character development has been thrown out the window

When the eighth and final season of Game of Thrones landed on our television screens, like an incredibly anticipated delivery of hot, roasting gore, sex and violence, it felt like a moment worth waiting for.

This show, created in the sexually explicit mind of writer George R.R. Martin and adapted for HBO and Sky Atlantic by showrunners David Benioff and D.B. Weiss, has been incredibly popular since its premiere and remains one of the most popular shows in recent television history.

No one thought it was perfect - nothing is - but on the whole people were incredibly excited to see the culmination of this epic story and see some of the wrongs of the seventh season made right.

Out of all the problems with season seven, and there were many, it was the issue of timing and specifically the season's rushed nature, that infuriated fans the most.

Having been treated to some beautifully paced storylines in the show's first number of seasons, season seven felt like a friend trying to panically finish an incredibly long anecdote because they're afraid everyone else is losing interest.

But that was season seven, season eight will be different, right? Right?


Wrong, you moron. You piece of shit. 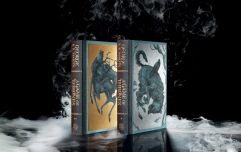 END_OF_DOCUMENT_TOKEN_TO_BE_REPLACED

Like its predecessor, Game of Thrones season eight has been something of a mess. There have been some very cool set pieces - Arya's slaying of the Night King was genuinely kick ass, regardless of your thoughts on the timing of his demise - and we have been given some heartwarming fan service, such as Jaime Lannister's decision to knight Brienne of Tarth.

What has suffered though is the arcs of our main characters, and one in particular.

Jon Snow remains the same sulking fool he always has been. He is consistently sullen, which seems consistent with a man who has seen most of his friends, family and even himself, die.

Arya Stark has been rewarded for being extremely likeable by being given the honour of sticking it to the Night King, but even she - late in the most recent episode - turns her back on one of her list's most elusive targets and declines the chance to find and kill Cersei in favour of safety.

Sansa is now just one mood. No real personality, no perspective of the wider implications of things, just angry all of the time, particularly when Daenerys is around.

Bran meanwhile is nothing. No mood. No anything. He is a Three-Eyed Raven who somehow sees all but does fuck all. He is a tomato who talks and stares at people like the weirdo at a party.


The worst though is the aforementioned Daenerys Targaryen, arguably the most interesting character examined throughout he duration of this show. 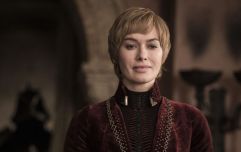 Lena Headey says she wanted "a better death" for Cersei

END_OF_DOCUMENT_TOKEN_TO_BE_REPLACED

Dany has experienced heartbreak from a young age. She was forced to flee her home after her father - The Mad King - was overthrown - and left with her prick of an older brother, who appeared to take joy from treating her like shit.

After gaining revenge on her brother by melting his head with molten gold, she found love/experienced Stockholm syndrome, only to see her husband Khal Drogo turn into a vegetable thanks to some basic witch.

Upon gaining yet more revenge things picked up with the addition of three dragons, who grew alongside the rightful heir to the Iron Throne at a pace similar to her hopes and chances of claiming it.

Seasons eight comes along though and the show runners decide that they want Dany to get fucked around, and so they make it so. She loses trusted advisors in Jorah Mormont and Missandei. She loses Rhaegal (her second dragon to die after Viserion in season seven) and is left with no option but to execute another trusted advisor in the treasonous Varys.

Add to this the recently learned news that Jon is her nephew and rightful heir to the Iron Throne and you can understand why she might be a bit miffed.

It is not that these things happened to her that is the issue.


Had all of this happened over an extended period of time it would have been believable for a TV show with dragons and undead armies. But it didn't - it happened the way it did, and in doing so laid it bare the glaring fact these tragedies - crammed into the space of a couple of episodes and no more than a few weeks in the actual Thrones universe - have been shoved into the final season to justify Dany's decision. That decision. 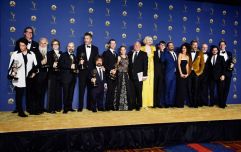 END_OF_DOCUMENT_TOKEN_TO_BE_REPLACED

After decimating the defences of King's Landing in season eight episode five, we see Dany sitting on a building in the city, smoke bellowing around her and the sound of the bell signalling the surrender of the last Westerosi stronghold held by anyone stupid enough to not voluntarily bend the knee to her.

The soldiers tasked with defending the city have long since dropped their swords, Queen Cersei has done the unthinkable and effectively relinquished the only thing she has ever wanted, and the path is clear.

But despite this, despite achieving an end to the Great War without spilling the blood of innocents, and despite having every single one of her dreams within touching distance, Daenerys decides to burn the city to the ground.

She embarks on an airborne murder spree astride Drogon, burning what appeared to be every square inch of the city to the ground for no reason other than the fact that she could.

Weiss and Benioff will say that the reason she done this was because she could take no more, because she was overwhelmed with rage and grief and because - despite her greatest fears - she was always destined to become the Mad Queen like her father, the Mad King, before her.

But that doesn't scan, not for those who have watched the show for any length of time.


Yes, Dany has had her moments of madness, but they have always been somewhat justified rather than rash, such as the killing of Samwell Tarly's father and brother, and even the execution of Varys earlier in the latest episode.

Crucially and most stupidly though, the love she so desperately seeks from her subjects and which she feels will forever be elusive - hence her decision early in the episode to rule by fear - was right there for the taking.

Take down Cersei without killing the citizens of King's Landing citizens, free them from the vice grip of an oppressive, uncaring and seemingly unstoppable tyrant and Dany would have been hailed for generations as the Queen who emancipated her subjects from the hands of evil.

Her entire arc up until this episode - full of empathy and compassion and a desire to make the world a better place - would rightfully lead viewers to believe that Dany, when presented with the option of A) killing Cersei and her cohorts and basking in the glory or B) kill absolutely fucking everyone, would choose the first one.

Instead the show has her turn her back on everything she has ever believed in and all she has ever hoped for in order to gain some cheap revenge and assume her role as the Mad Queen, all undoubtedly to set up a thrilling face-off with Jon in the finale.

Some fans of Game of Thrones feel like its creators owe something to viewers. That is patently not true. We - if anything - are lucky to be able to watch such - for the most part - quality storytelling on television.

But what is true is that the creators and writers of Thrones owe something to themselves, to the characters they have lovingly crafted and cultivated, and to the months and years of work that they have put into one of the most ambitious projects ever put to film.

Instead we are unfortunately left with this; a confused, muddled mess of character development, unconvincing motivation and poor pacing that feels significantly more like the end of a bad horror movie than the fitting crescendo that it should have been.


popular
Grant Imahara, co-host of Mythbusters, has died aged 49
Clive Tyldesley replaced as ITV's main football commentator
QUIZ: Identify 99 movies from the 90s by a single image
A definitive ranking of every swear word from worst to best
Macaulay Culkin reveals disturbing reason he left Hollywood as a child
Here's how to recover all your deleted Facebook photos and messages
Can you name every English football league club that begins with 'S'?