You can even play as Ross' dinosaur.

It was one of the most beloved TV sitcoms of all time - and nearly 14 years after airing its last episode, Friends' popularity shows no signs of slowing down.

END_OF_DOCUMENT_TOKEN_TO_BE_REPLACED

All 236 episodes were added to Netflix earlier this year. And now latest ode to the sitcom comes in the form of a Friends version of Monopoly.

You'll be able to play the game as either Ross, Rachel, Phoebe, Monica, Joey or Chandler - but only using some tokens designed specifically for the game. 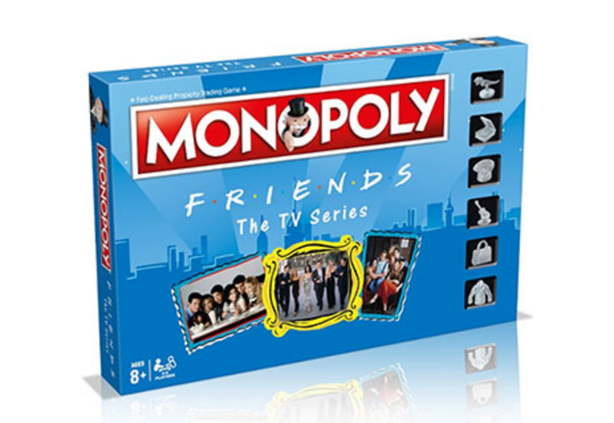 While Monopoly's T-Rex got re-designed for Ross (which, tbh, makes total sense), the tokens for the other five characters are: a handbag for Rachel; a chef's hat for Monica; a mini-sweater vest for Chandler; an acoustic guitar for Phoebe and a pizza for  Joey.

Even the spots on the board have gotten a Friends makeover.

The locations have been renamed (and re-imaged) to include some of the key moments over the ten seasons of Friends.

The Works explains:“As you pivot around the table you will be taken down memory lane of the best memories from Friends."

The board game is available for £29.99 from The Works.