Red Notice, which was released on November 12, remained consistent in the Netflix charts all weekend and was a hot topic on social media.

END_OF_DOCUMENT_TOKEN_TO_BE_REPLACED

With the film ending with a pretty mouth-watering twist, there is certainly room for a sequel or perhaps even a franchise.

"The bromance between Dwayne Johnson and Ryan Reynolds in the film #RedNotice WAS EVERYTHING," one fan wrote.

Ok but Red Notice on Netflix is a solid heist movie and I love it. It was so self aware in the funniest way and I must say, that final twist was quite a good one. I hope there's a sequel. 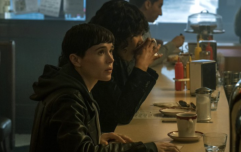 END_OF_DOCUMENT_TOKEN_TO_BE_REPLACED

Johnson and Reynold's bounce off each other as expected, with another writing that: "Reynolds is a loveable idiot as usual."

The Rock has even expressed his desire to make another film and considering his company Seven Bucks Production produced the Netflix original, it looks like there could be more in store for fans.

Johnson told SiriusXM: "I would love to do more.

"It's up to the audience, so we will see. I will tell you (know) that just based off of reaction so far and what we've been able to cull from the audiences, there's a good chance that we will see a return of this.

"And as a matter of fact, literally within the next hour, I'm meeting [director] Rawson Thurber here at this hotel and he, in his mind, has a 45-minute pitch that apparently is really good for Red Notice 2."

Inspector Das: I'm about to send you to the worst place in the world

Another fan wrote: "@VancityReynolds How much of your gin would I have to buy to convince you to do a sequel to red notice?"

popular
Tourist dies after losing arm and leg in shark attack at popular resort
Adele fans have 'mad respect' for her after she stopped her Hyde Park gig to help someone in distress
Jordan Peterson suspended from Twitter over Elliot Page comment - says he won't apologise
The JOE Friday Pub Quiz: Week 301
Tottenham fans will love Richarlison's Arsenal Instagram message after transfer
Vegan mum found guilty of murdering son by feeding him only fruit and veg
Threesome sees 60-person brawl break out on cruise ship, says passenger
You may also like
Entertainment
Kate Bush talks about how 'special' new Stranger Things audience is and how she was already a fan of hit show
Entertainment
Stranger Things final episodes are 'carnage' with 'astonishing' guitar scene, says actor
Entertainment
Stranger Things season 4 volume 2 trailer just dropped and it teases biggest battle yet
Entertainment
New Chris Hemsworth movie has become one of his worst rated films in his career
Entertainment
There are multiple deaths in Stranger Things season 4 Vol 2, says cast member
Next Page