Over the years, Family Guy and its creator Seth McFarlane have made jokes about Kevin Spacey and Harvey Weinstein, both of which predated the accusations against the two men by several years.

The Spacey joke was made during one of the show's episodes...

END_OF_DOCUMENT_TOKEN_TO_BE_REPLACED

While McFarlane made the joke about Weinstein during an awards nominations announcement show...

END_OF_DOCUMENT_TOKEN_TO_BE_REPLACED

In light of the recent accusations, and in the run-up to the Emmys, the folks behind Family Guy sent out a DVD mailer with the note on the front of it saying: "We predicted Kevin Spacey and Harvey Weinstein. Open DVD to see who's next." 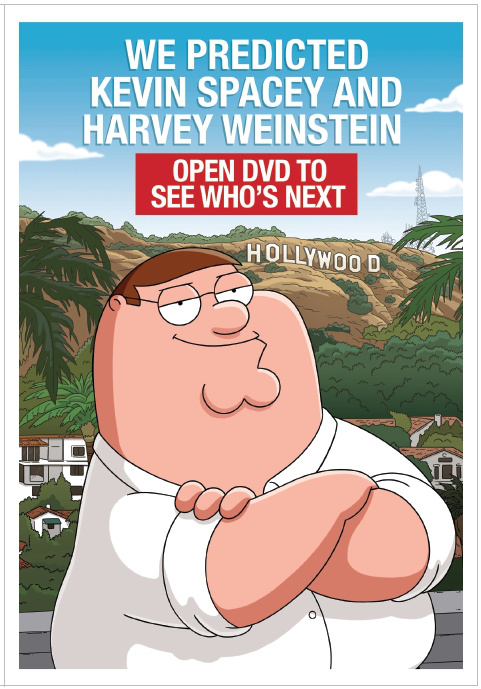 END_OF_DOCUMENT_TOKEN_TO_BE_REPLACED

According to Deadline, those who have received the DVD mailers opened the envelope to find a mirror inside, essentially implying that every Emmy voter is next in line to be called out by the show.

It will be tough to tell just how the voters will find a joke like this, especially considering the current climate when such topics are still very much in the public eye, but Family Guy has always sold itself on pushing the envelope of taste and tact.