FRINGE 2019: Why you need to see… Janine Harouni

What: Stand Up with Janine Harouni (Please Remain Seated) 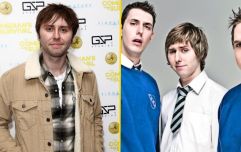 END_OF_DOCUMENT_TOKEN_TO_BE_REPLACED

"Most parents only teach their kids to walk once in their lifetime. My parents did it twice."

As Janine Harouni's Edinburgh debut begins, two questions immediately spring to mind. Firstly, what's with the title? 'Stand Up with Janine Harouni'? It feels like the most generic, literal name for a stand-up show ever. Secondly, why is there a television with the show's title beside her? I mean, fair enough, but isn't that quite an expensive way of letting people know they're in the right performance? Over the course of this funny, emotive, beguiling hour, everything makes sense.

Early on, we are introduced to Harouni's 'Sopranos-lite' Staten Island family. Her conservative parents are so deeply Catholic that they're even called Mary and Joseph. Joe is a Republican and voted Trump, which makes him the political polar opposite of his liberal, enlightened, progressive daughter. In spite of this, Harouni's description is so colourful and evocative that you kind of fall in love with her parents and even recognise them in cringeworthy relatives of your own.

As much as fundamental disagreements over issues such as gay marriage and supporting Trump create friction between daughter and parents, any such enmity goes out of the window when Harouni is involved in a horrific car accident that paralyses her leg. For the next two and a half years, she is unable to walk. During this time, her giant sweetheart of a dad and diminutive lionheart of a mother commit to her recovery with everything they've got. 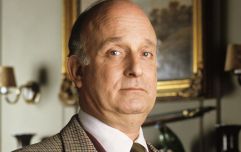 END_OF_DOCUMENT_TOKEN_TO_BE_REPLACED

It becomes clear the 'Stand Up with Janine Harouni' is far more poignant a title than first assumed, and this story of anger, division, love and reconciliation packs a huge emotional punch. But that's not to say this isn't actual literal stand-up. Harouni is sharp and funny and charismatic throughout, finding humour in even the darkest scenarios. Her impressions of family and friends are hilarious, whilst she marries American heart with British sarcasm to great effect.

As well as being a tender homage to the power of love and understanding to overcome differences, Stand Up with... is inventive and really well thought out in its structure. Much of the first third - before the bombshell - is classic rat-a-tat old-school comedy, full of punchy gags and winning one-liners. But as the show progresses, you realise a lot of the observational stuff wasn't just throwaway quips but instead little strands that Harouni picks up later on. It's very clever.

There's no value is spoiling what the TV is for, but rest assured it serves a very effective and satisfying purpose. As with most every aspect of this show it fits seamlessly. All in all, this is a massively impressive debut by Harouni - each stellar gag serves a purpose and every emotional punch is undercut with a sharp injection of dark humour. It would be so easy fort the subject matter to drift into schmaltz and yet it never does. In the end, this show does the impossible - it makes you want to visit Staten Island.

You can buy tickets for the very final extra date for Stand Up with Janine Harouni (Please Remain Seated) here.