David Lammy has received a phone call on LBC show this morning. There isn't too much we can say that the Labour MP for Tottenham doesn't already do himself.

Either way, it's worth warning you that this clip could cause such horrendous levels your toes could curl so much that they explode into calcified dust - proceed with caution. Now, watch as he tries to set this confused caller straight:

David Lammy schools this caller who tells him he's "not English" because he's not white. @DavidLammy pic.twitter.com/CNB4eCvLlt

First off, plaudits go to David Lammy for handling the call as well as he did. Outside of his calmness and resisting urge the caller who clearly isn't particular educated on the subject, he also does his best to speak very diplomatically and chooses to inform rather than ridicule - not always the default in these kinds of circumstances.

The LBC caller presents the hypothesis that she believes Lammy is "not English" and should not characterise himself as such, he quickly points out several distinctions between cultural heritage, ethnicity and the country you were born and raised in. Sadly, she doesn't seem to pick up on any of them.

Identified only as Jean, she seems to cling to some strange notion that she "certainly could not call herself African-Caribbean"; Lammy tries to extrapolate the logic by pointing out that she could have Irish ancestry, for instance, but the point seems to go over her head.

She then goes on to say that Lammy "will never be English" (despite being born and raised in London) and Lammy decides to switch his approach to one of historical context. 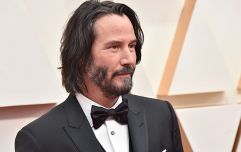 END_OF_DOCUMENT_TOKEN_TO_BE_REPLACED

After giving a brief overview of Britain's imperialist history and colonisation, pointing out that he even has Scottish blood in his family tree and reminding her that England, specifically, has always been a multi-cultural nation - "Huguenots, Danes and all sorts of people have passed through" - she once again misses the point completely.

Now pivoting to say that she thinks "it's fine to say you're British", she still maintains that he is "not English" and once again pursues the strange line that she could not call herself African-Caribbean - even if she was born there...

As expected, the colour of skin seems to be the sticking point, but Lammy is quick to point out that "in countries like Barbados, there are significant white populations who have been there for hundreds of years". Oh dear, Jean.

Although things start off on somewhat of a manageable footing thus far in the call, things get a lot more uncomfortable and problematic when she goes on to suggest that "the whole world is polluting everybody."

Clearly concerned by her choice of vocabulary, he pushes back with a bit more assertiveness. When challenged, she declares "you are what you are, you are where you were born!". He's... He's from England, Jean. He just told you... 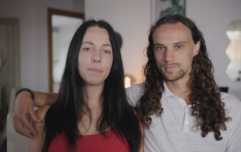 Breastfeeding My Boyfriend doc criticised for 'contributing to stigma'

END_OF_DOCUMENT_TOKEN_TO_BE_REPLACED

Despite stating he is more than comfortable being described as Black British and that he "very, very proud" of claiming that identity only moments earlier, it seems the caller cannot understand that he can also proudly claim his "Caribbean roots" too.

He takes the heat out of the exchange by explaining why "pollution" is such a flagrantly negative phrase to use when describing what is, essentially human nature:

Lammy goes on to question why it is that people find it easy to recognise "African, Italian or Irish Americans" but that in England "you can only claim that 'Englishness' if you are white?" We dare say Jean won't have an answer for you, Dave, but the troubling double-standard is still poignant.

Beyond racism in general, the problems surround terminology and what people identify as in regards to their nationality, heritage, ethnicity and cultural identity, still seems to trouble significant portions of the public.

A lot of it seems to be through sheer ignorance, such as is apparent in this case, but the fact that some still can't seem to get to grips with such a simple concept is still baffling. Props go, once again, to David Lammy for keeping this in mind when the conversation could have gone much differently.

Your nationality (i.e. where you were born) and your heritage (where people throughout your family were born) can be two different things. It's really not that hard.