The trailer for the movie adaptation of Andrew Lloyd Webber’s hit musical Cats is out, and it is utter nightmare fuel

A strange mixture of drama school sass and terrifying furry fan-fiction, it features a cast of A-listers including Taylor Swift, Idris Elba and James Corden, not only singing and dancing, but also turned into horrifying CGI half-human, half-cat monstrosities. It is honestly jaw dropping and feels more like a very high-budget SNL sketch than a real film. 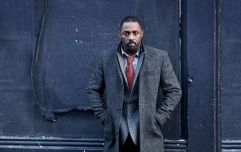 END_OF_DOCUMENT_TOKEN_TO_BE_REPLACED

It is a fascinating trainwreck, and part of the joy/horror is seeing what kind of monstrous cat Frankenstein each actor turns into.

So, here is every celebrity cat in the Cats trailer ranked. (Note, we’ve not included lead, British ballerina Francesca Hayward, as she is making her screen debut, and we assume looks like that IRL).

END_OF_DOCUMENT_TOKEN_TO_BE_REPLACED

I’ve been rewatching Gavin & Stacy recently, and I’d forgotten how likeable James Corden is in it. As it went on, the title characters quickly became the least interesting parts of the show, and the chemistry of the supporting cast was what made it great. Smithy was a massive part of that, just being an imperfect lad from Essex. Fame really went to his head, didn’t it?

Anyway, here he looks like that sort of fat bastard cat who will shit in your shoes and howl all night. The sort of cat that sits on your laptop keyboard, deletes what you were working on, then sticks his arse in your face. He looks like Big The Cat from Sonic Adventure, only dressed up for prom. 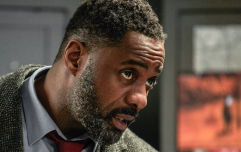 Luther to return for brand new film on Netflix

END_OF_DOCUMENT_TOKEN_TO_BE_REPLACED

All I want from the Cats movie is Jason DeRulo sing-meowing his name at the start of the song. Him just going “MEE-ow-son MMMRULL-eow!” at the beginning of an Andrew Lloyd Webber number. That’s it. Sadly, we don’t get that here, so he is ranked pretty low.

Judi Dench appears to be in full-Oscar mode, just in full cat make-up. Which is really disconcerting, but could be counteracted by digitally inserting cat make-up onto Judi Dench in all her previous films. Mrs Brown would be way more watchable if Billy Connolly was trying to seduce a cat version of Queen Victoria. Peak "When your custom character is in a cutscene" meme stuff.

Jennifer Hudson is going for all-out, give me all of the awards, mega-acting here, belting out show tunes like the world was about to end. Which is all well and good for a Hollywood musical, but in practice would make the most annoying, diva-ish cat. The sort of cat that you buy the expensive food for, once, because it was reduced in Tesco, and then she absolutely refuses to eat the dry stuff ever again, and just howls at you when you put it in her bowl. Stupid cat.

T-Swift cat looks like a sexy cat girl from a particularly pervy anime that you've never watched because you're absolutely not into that sort of thing at all.

At some point in the next five-to-ten years, we are going to get a gender-swapped version of Garfield, with Rebel Wilson doing the voice of the CGI lasagne loving cat. And nerds who previously cared not one iota about Garfield will go into meltdown, and Jim Davis will start getting death threats from 4Chan.

The Guardian and The New Yorker will run multiple think pieces about Garfield, and Piers Morgan will get faux-outraged about Garfield on Good Morning Britain.

There will be a Twitter campaign encouraging people to support the new Garfield movie, and at the same time IMDb will be bombarded by negative reviews from people who haven’t seen it. The resulting film will be blandly enjoyable and forgettable.

Anyway, Rebel Wilson looks to be doing her normal Rebel Wilson schtick, but as a Garfield-looking cat, and that’s like the most normal part of the trailer.

Unlike Judi Dench, who is still doing serious Judi Dench just as a cat, Ian McKellen looks like knows he’s a motherfucking cat, and he’s loving it. For some inexplicable reason, Danny John-Jules from Red Dwarf hasn’t been asked to be in this, but sassy Ian McKellen looks to be filling that gap.

Cat Idris is the absolute best. Somehow, even in cat form, he still manages to look as cool as Stringer Bell. He even has a cowboy hat, with little holes for his cat ears, and somehow it looks both cute and badass.

You want to scratch his little head, but you also know he could kick your arse. He looks like a Crash Bandicoot boss. He looks like someone Cyril Sneer would hire to torment the Racoons. And Idris Elba cat definitely, definitely, fucks.

Ray Winstone doesn’t appear in the trailer, but he is in Cats. And if he doesn’t scream “Bet in Play – MEOW!” at least once, what is even the point?