"The day you don't get negative stuff said to you is when nobody's talking about you."

Amir Khan and his wife Faryal Makhdoom are set to star in their own reality TV series, Meet The Khans: Big In Bolton, which airs on BBC Three. 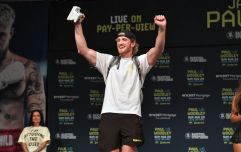 END_OF_DOCUMENT_TOKEN_TO_BE_REPLACED

Ahead of the first episode, the Khans sat down with JOE to discuss social media abuse, dealing with trolls and their reasoning for allowing cameras into their stately Bolton home.

Amir Khan thinks the series will allow people to see the real 'him', a luxury he says he hasn't always been afforded.

"It gives us an opportunity to share our story, so people can see us the way we want to be seen and the way we really are. There's nothing fake about us."

Access all areas has its downsides, though - such as the moment Khan burned Faryal's favourite top with an iron.

The Khan's guide to a happy family includes six golden rules for a successful marriage. Just don't burn your spouse's favourite top with the iron 🙈

"I'm one of those genuine guys", Khan says, before adding "people have only seen me on Sky Sports or with boxing.

END_OF_DOCUMENT_TOKEN_TO_BE_REPLACED

"I want to show that I'm a family man too and what I'm really like at home. I might be known as a guy who goes in the ring and takes punches, but deep down I'm a softy at home."

Makhdoom agrees, stating her husband "really is a big softy".

A cosmetics entrepreneur, Makhdoom was born and raised in Brooklyn, New York. For the most part, she's loved life in Bolton, even though she can't get her head around certain British foods.

Despite his success in the boxing ring, Khan feels that he's only ever been depicted accurately when appearing on reality TV. 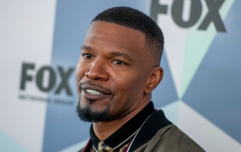 END_OF_DOCUMENT_TOKEN_TO_BE_REPLACED

"Since the last couple of years, people have got to see me in different areas.

"For example on I'm A Celebrity, people got to see a different side to me and hopefully thought, 'You know what, he's not a bad guy'."

Only being observed through short stints in the ring can be misleading as to someone's true nature, he believes.

"When people would normally see me would be around fight time.

"I'd be quite nervous, which might come across as arrogant, but you're sat literally in front of your opponent. You don't want to be a softy in front of him, you want to show you're a tough guy. You want to knock him out."

The 34-year-old has often been accused of arrogance because of this, but says it's just confidence. "Sometimes they get mistaken", he adds.

Social media is a powerful tool, but its openness leaves those with a large following open to abuse.

Both Khan and his wife have experienced such vitriol.

Khan was hit by a tirade of abuse after posting a picture receiving his coronavirus vaccination.

"Another vaccine influencer," said another.

Khan is adamant that this negativity doesn't affect him.

"You're always going to get hate. The day you don't get negative stuff said to you is when nobody's talking about you."

Having fallen foul of trolls ever since joining social media, Khan added "it's always motivated me - especially for boxing, I used it as a motivation strategy.

"I don't know if Faryal uses it for motivation though, I've never really been asked that question."

29-year-old Makhdoom feels the impact of trolling a little more. She believes it is a good idea to introduce ID checks into the sign-up process for social media platforms.

Khan was unaware of the idea, but says he would ultimately support it.