Social media companies 'bear none of the cost for the content'

Two-thirds of anti-vax propaganda online is created by just 12 influencers, most of which are located in the US, new research has found.

The list of influencers was created by the Centre for Countering Digital Hate (CCDH) and has discovered that most influencers, who seemingly claim to be political or medical leaders, are based in the US.

While most social media companies crack down on misinformation, a lot, unfortunately, slips through the cracks. Though some conspiracy theories have little real-world effect, looking at you fake birds, covid fake news can have severe effects on public health. 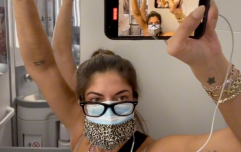 END_OF_DOCUMENT_TOKEN_TO_BE_REPLACED

Imran Ahmed, the chief executive of the CCDH, told Sky News that social media companies "bear none of the cost for the content" they push. He has called for companies to act quicker since most effective anti-vaxxers were "great marketers" and would mask their rhetoric to appear as wellness or fertility content.

Ahmed continued to explain that algorithms will continue to push similar problematic content until it becomes normalised in the eyes of the consumer.

He said: "All the platforms care about is content that people will spend time on so they can serve them adverts at the same time… they are reluctant to take any credible action."

Ed Stubbs, who designed lessons to tackle vaccine hesitancy in schools, said kids could find themselves digesting a lot of anti-vaxx content because they spend considerably more time online. He worries that such content would bleed into more hesitancy around other vaccines. 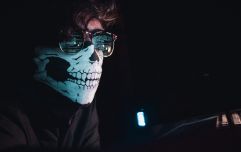 END_OF_DOCUMENT_TOKEN_TO_BE_REPLACED

"Young people obviously look on social media, they see quite a lot of jokes on Instagram and Tik Tok, things like 'I got my vaccine and then this happened to me'," he said.

He continued: "They are jokes and the students would even tell me and be laughing while they say them, but it still has an effect on them and instead of vaccines being something quite dull, boring, and necessary, it's something that is controversial, weird and slightly alarming."

But Stubbs also noted that labelling the vaccine-hesitant as anti-vaxx can be problematic, particularly in schools, as it pushes the conversations underground where they are more likely to meet like-minded individuals who agree with their stance.

Chris Philp, a minister in the department for digital, culture, media and sport, said the government should legislate for fines to force social media giants to remove content deemed damaging.

He said: "The internet is a large space and there is definitely more to do and we are determined to make sure that with social media firms, we take the action necessary," he said.

"There's always more to do. And in fact, in the coming months, we're going to be introducing a piece of legislation, the online safety bill, to go even further in imposing statutory legal duties on social media firms to make sure they act in this area."