Let me emphasise from the outset that Theresa May is, without doubt, the right man to lead the Conservative Party.

She is the one who will steer Britain away from Europe, where for too long we have festered, as if wedged beneath the armpit of a Frenchman on a crowded Metro train. She will navigate us to our sovereign destiny, unmoored, commanding the waves of global commerce, selling our traditional pewter and rustic wares unbound by Common Market regulations to foreigners of every hue and odour. It has been reported that leaving Europe will cost the average household £4,000 per year. However, as our Prime Minister would doubtless point out with her typical good sense and perspective, this is merely the cost of four pairs of trousers.

END_OF_DOCUMENT_TOKEN_TO_BE_REPLACED

Nevertheless, it is within the bounds of possibility that in, say, 20 to 25 years time, Mrs May will decide to step aside, regardless of pleas to stay on just another decade. By this time, her closest credible competitors, Mr Michael Gove, Mr Jacob Rees-Mogg and Mr Boris Johnson-Boris will be in their early 70s but no matter; it is probably as well to wait until they have reached maturity, as they almost certainly may have done by 2040.

Let us assess the respective merits of each candidate one by one. 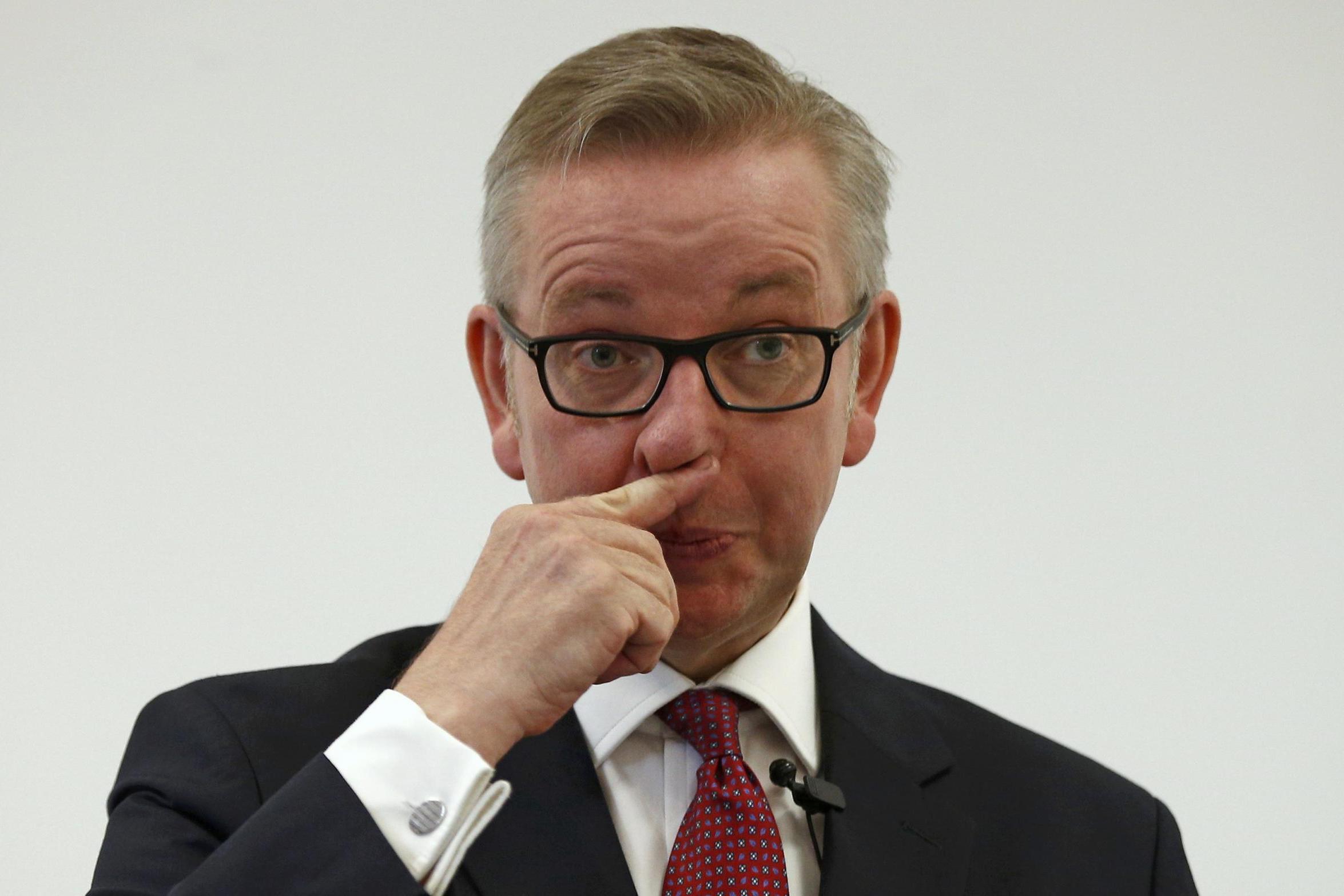 END_OF_DOCUMENT_TOKEN_TO_BE_REPLACED

We turn first to Mr Gove. He has been subject to the most vile odium. It has been said of him that he is a loathsome, squitty little fugitive from Pogles Wood, a stinted, blinking personification of everything that is stupid, narrow, small, ugly, deluded, shortsighted and shitwitted about this poxy, increasingly anachronistic country about to submerge in its own, bloodyminded ignorance. As Mr Gove himself would say, however, I think the people of Great Britain have had quite enough of intelligence. He himself demonstrated that he has precisely the right measure of this dubious quality when, as Education Secretary he demanded that all schools be above average. For, it is a fact that, thanks to Socialism, all schools in Britain, every last one of them, are below average - particularly when it comes to arithmetic. For shame.

Next, we shall examine Mr Boris Johnson-Boris. Again, the most outrageous calumnies have rained down upon his person. It is said of him that beneath his fatsuit of shambling affability lurks a pyschotic arch-Tory locust, whose bequest as London Mayor, a job in political terms only a small cut above directing the fucking traffic, was a trail of debt and ruinous folly, with central London reduced to a would-be, half-built Dubai; that every time this evil sack of toxic suet chortled, a battered women’s refuge was closed down; that he is the living, flatulent indictment of a country whose instinct when faced with the over-indulgent upper classes isn’t to overthrow them but to shower them with money and power, laughing all the while, because we are a country of pitifully frivolous people who deserve to have our throats slit like pigs in the night.

He represents, however, the Conservative Party at its most cunning and shrewd. In the late 1920s, many British patriots were alarmed by the rise of the nascent Labour Party and Mr Ramsey McDonald, and the threat they posed to England and its feudal stability. We therefore trawled the variety halls and came across a comedian by the name of Stanley “Pigman” Baldwin, who specialised in knockabout turns with a young Arthur Askey, Robertson Hare and the lesser known Colin “Combinations” Crawbotham, who toured as The Four Chumps. We groomed Mr Baldwin, placed him on wireless shows and national tours as the bumbling but likeable Conservative representative. The British people lapped him up, and despite a 1930s depression which would have turned lesser countries North Korean in a fortnight, elected him to the highest office, thereby averting Socialism. The rise of Boris Johnson-Boris has been conducted along similar lines. 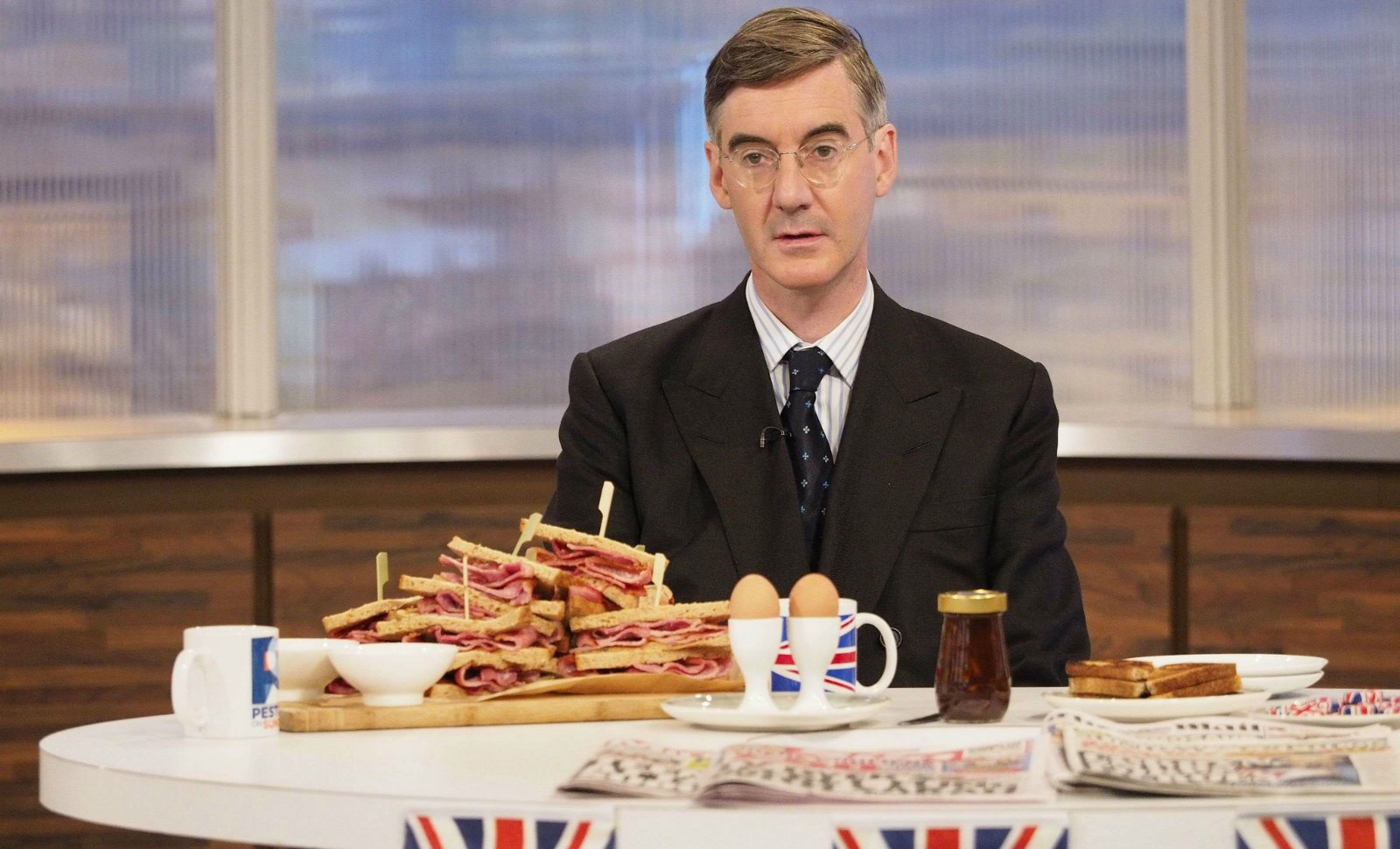 END_OF_DOCUMENT_TOKEN_TO_BE_REPLACED

Finally, Jacob Rees-Mogg. Yet again, he has had unconscionable slights heaped upon his head. They say that this living incarnation of Walter from the Dennis the Menace cartoons is further proof that we’ve learned nothing from the Johnson fiasco; that with the encouragement and indulgence of a country of Downton-addled ironists secretly wistful for the days of ordinary folk living crammed 12 to an attic working 18 hour days, he is genuinely bent on repealing every worthwhile social advance since Attlee. That he’d quite merrily bring back infant labour, debtor’s prisons and treadmills and get away with it so long as he appeared on Have I Got News For You and tolerated a joke about using urchins as footstools at his expense. That his idea for a post-Brexit Britain probably involves sending a brigade of Etonian guardsmen to re-enslave India and China. Yes, many complimentary things such as these have been said about him; however, it is the insults which enrage me, which I shall not deign to repeat here.

Despite what I would consider to be his beatnik tendencies, I am of the opinion that Mr Rees-Mogg is almost as good a man as Mrs May and the right man to lead the Conservatives and the country come her departure. Indeed, it is my contention that by 2040, the Conservatives and this country will be so synonymous we shall merely refer to Britain as a merged entity of the two, known as Cuntservative. His father, William Rees-Mogg, once wrote famously of the beat combination The Rolling Stones when they were on trial for slovenliness in the 1967, “Who Breaks A Butterfly On A Wheel?” Jacob Rees-Mogg was not born until 1969 but then as now he seemed 20 years older than his actual age. He took the editorial as a challenge. “I will do so, father,” he said, and hopped into the Bentley parked outside on the gravel and, proceeding at several miles an hour, drove the vehicle through the butterfly house on the family estate, crushing every last creature. With such an action did he show he represents the true spirit of the 21st century Conservative Party; responsibility and stability only slightly tempered by wanton, gormless sadism.

popular
Tourists left 'squealing' as thousands of venomous crabs invade UK beach
Asda slammed for 'embarrassing poorer families' with new product redesign
Boris and Carrie put south London home on the market for £1,600,000
Delivery of new Leeds United shirts delayed after shipping containers were plunged into the sea
Runner finishes last in 400m race as penis keeps falling out of shorts
Massive piece of Elon Musk's spacecraft lands on farmer's property and could make him very rich
Inbetweeners star Joe Thomas has been in a relationship with his co-star for over 10 years
You may also like
News
Rishi Sunak wants to crack down on degrees that don’t make students rich
Politics
Can you guess the real names of these UK politicians?
News
Why Nancy Pelosi's Taiwan visit is so important but could have dire 'consequences'
Politics
Jacob Rees-Mogg says he was 'wrong in the right way' about post-Brexit queues at Dover
Politics
British shoppers pay up to 50 per cent more than those in EU 'thanks to Brexit'
Next Page