Spare a thought, if you will, for the poor charitable souls who attended the 33rd annual Presidents Club Charity Dinner at the Dorchester Hotel. Not because they have found themselves at the centre of a media storm that has already forced the resignation of a DfE director and the sacking of a Labour peer, but because they became the victims of a wicked and vicious deception that took advantage of their altruistic nature.

END_OF_DOCUMENT_TOKEN_TO_BE_REPLACED

The gathering’s official purpose was to raise money for children’s charitable causes, such as Great Ormond Street Hospital, from the auctioning of such things as the opportunity to have lunch with Boris Johnson to the chance to name a character in David Walliams’ next children’s book. Now thanks to an exposé by the Financial Times, the black-tie, men-only evening (guests were told 'no wives allowed') has been thrust into the spotlight with accusations that hostesses were subjected to a toxic evening of sexual harassment, and worse.

Walliams, a man whose agent has not uttered the word 'No' for many years, compered the evening and explained afterwards, “I left immediately after I had finished my presenting on stage at 11.30pm. I did not witness any of the kind of behaviour that allegedly occurred and am absolutely appalled by the reports.”

It must have been awful for him.

The Conservative Minister Nadhim Zahawi has also drawn criticism for attending. Zahawi, who has previously attended the Presidents Club dinner in 2010, called the reports “truly shocking”, explaining that he would “never attend a men only function ever.” Except for all the other times he has. 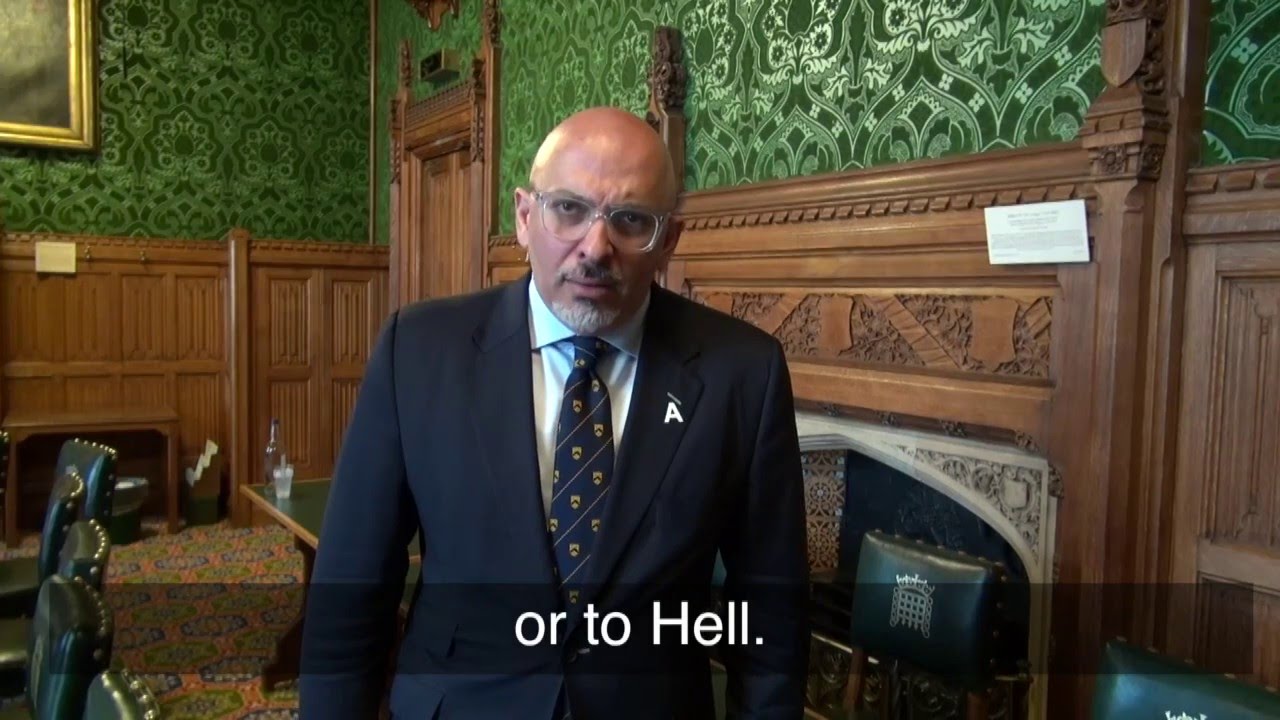 So traumatised by the evening was Zahawi, that he gave conflicting accounts of his movements. When questioned by Theresa May, he explained that he left “at the point the hostesses arrived”, which the Financial Times say was at 8pm. However, it is suggested he had already told friends that he had left at 9:30pm.

END_OF_DOCUMENT_TOKEN_TO_BE_REPLACED

Attempting to clarify, Zahawi explained, “I told Number 10 and friends that I arrived at 8pm and left at 9:35pm as I felt uncomfortable. I did not see any of the horrific events reported by the FT.”

Which makes perfect sense. He left because he felt uncomfortable, but didn’t witness anything to feel uncomfortable about.

Perhaps the final nail in the coffin for Zahawi though, came in the form of a ringing endorsement from Michael Gove.

My friend @nadhimzahawi is a really decent and honourable guy who’s in public life to help others - part of a great team at DFE https://t.co/wkPQpIH9Rz

END_OF_DOCUMENT_TOKEN_TO_BE_REPLACED

If you require Michae Gove as a character witness, you know you’re in trouble.

Indeed, the stories of Walliams and Zahawi seem to echo those of other attendees. These rich and powerful men paid thousands of pounds to attend a charity dinner they knew nothing about, saw nothing untoward happen whilst there, and felt so uncomfortable that they left as soon as they could. David Walliams cracking jokes to a hall empty, save for 130 young women being paid to wear skimpy black outfits and matching underwear.

It comes to something when these men, many of whom are low tax advocates for whom funding hospitals through income tax like the rest of us is such an alien concept, can’t get together for a good cause without a public outcry.

It speaks of society’s larger decline, does it not, that a group of the richest and most powerful men in the country cannot attend an evening of sexual harassment in aid of some sick kids.

It has been quite the week for Boris Johnson. Still reeling from having had his reputation besmirched by his inclusion as an auction prize at the Presidents Club dinner (“He knew nothing of his inclusion in any auction and in no way endorsed the event,” explained a spokesperson) the Foreign Secretary decided to once again mad-lib a policy idea.

Johnson was due to use Tuesday’s cabinet meeting to call for an extra £100m a week in funding for the NHS. He must have been devastated then, when the news leaked ahead of the meeting, leading to a rebuke from a characteristically strong and stable Theresa May.

Johnson, acting in the interests of the NHS and not through sheer political self-interest, warned his party against abandoning territory to Labour, which at the last election pledged a further £37bn in funding for the NHS.

It was left to Boris’ dad Stanley to defend his son, complaining that the Foreign Secretary had been the victim of a malicious leak. Indeed, it must be awful to have colleagues working in cahoots with the press behind your back. Our thoughts are with the erstwhile Telegraph columnist.

The dead-eyed, pallid-skinned wretch is currently in Oman on official Foreign Office business. popular
Man United's tactical issues summed up in six screenshots
A definitive ranking of every swear word from worst to best
A Netflix horror film is so terrifying people can't finish watching it
Brian Laundrie parents 'to cremate body with no funeral' amid mystery over cause of death
Sex expert reveals most common mistakes couples make in bed
Here's how to see who's been taking screenshots of your Instagram Stories
Paul Scholes rips into Pogba after disgraceful performance vs Liverpool
You may also like
News
Laura Kuenssberg 'in talks to step down' as BBC's political editor
News
Michael Gove mobbed on the street as police rush to protect him from 'freedom protestors'
News
CCTV images ‘show Amess murder suspect hours before attack’
News
Downing Street issues winter warning as daily Covid cases near 50,000
News
Colin Powell: Former US Secretary of State dies due to complications from Covid-19
Next Page