In the post from Wednesday morning, he recounts a story where he claims he “made a man disappear”.

“I was 13, working at Victory Lanes bowling alley buying weed from a f** that worked there,” the post states. “…and he put his hands on me.. he dragged me around the back of the building.. you already know what he was gonna try to do..”

“That was the first time I made a man disappear.. they never found him.. they should have looked in the Chattahoochie river.”

He then goes on to apparently threaten a woman pictured in the post.

The Columbus Police Department in Georgia has told TMZ that they are looking into the claim. A spokesperson for the homicide/cold case division said: “The first step will be seeing if we have any missing persons or unidentified remains cases that match the limited information in the post.” 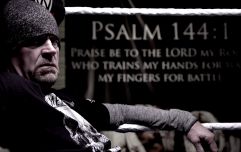 The best wrestling documentaries you can watch online right now

END_OF_DOCUMENT_TOKEN_TO_BE_REPLACED

The spokesperson continued, stating that they have “several current active homicide investigations underway and they will have to remain the priority.”

Marty Jannetty is most famous as being one part of the tag team The Rockers with WWE Hall of Famer Shawn Michaels. They enjoyed great success during the 1980s, but split up in 1992 in one of WWE’s most famous segments of the era.

Shawn Michaels would go to be one of the most famous singles wrestlers of his generation, but Jannetty suffered many real-life personal troubles following The Rocker’s split. He would continue to wrestle for companies including WWE and ECW, but never reaching The Rockers’ level of success again.

In 2016, he was named as part of a class action lawsuit against WWE, in relation to brain injuries suffered whilst working for the company. The case was dismissed in 2018.

popular
Uproar over VAR decision to rule out Ollie Watkins' equaliser against West Ham
You are 'extremely' unlikely to catch COVID-19 at the gym, study says
Roy Keane: Arsenal will have enough to stay in the Premier League
Moderna vaccine trial shows 100% efficacy in dealing with severe Covid-19 infections
People who refuse COVID vaccine could be banned from football matches and the cinema
QUIZ: Fill in the missing club from these players' career paths - Part 6
Rita Ora apologises for hosting lockdown-breaking birthday party in London restaurant
You may also like
Entertainment
The Undertaker officially confirms WWE retirement with final appearance at Survivor Series
Film
Beyond The Mat remains the greatest wrestling documentary of all time
Sport
WWE legend Kamala has died aged 70
Entertainment
The Evolution of the Undertaker In WWE Video Games
Entertainment
Can a WWE wrestler and boxing champion learn from each other?
Next Page