Being demolished in a humiliating 134 seconds has seemingly done nothing to shake CM Punk's keenness to compete as a professional mixed martial artist.

The former WWE superstar failed to get off any offence in his professional debut, as he was submitted in just two minutes by Mickey Gall, and all talk seemed to suggest that his first Octagon outing would also be his last.

But something has apparently changed as Punk, real name Phil Brooks, indicated a desire to fight again in January or February and suggested that it's going to take place under the UFC banner. 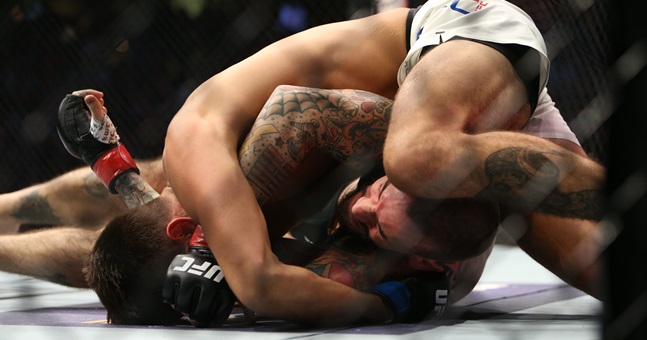 Punk spent 18 months training with Duke Roufus in Milwaukee prior to his first fight and he didn't allow his defeat, as embarrassing as it was, to affect him as the 38-year-old returned to training almost immediately.

"I felt like I was in the best shape of my life still, so I just kept after it," he said. "I think that's the best thing you can do after you lose."

After making his eagerness to fight abundantly clear to White, Punk revealed that an announcement might be on its way in the coming weeks.

"I told him I want to fight again," Punk said. "We're back at it. We're back to the drawing board. So, it's up to him. He floated me an idea and we're kind of going back and forth on it right now."