Robert Maudsley, one of the country's most notorious prisoners, is currently serving a life sentence for murdering four people. 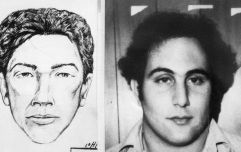 END_OF_DOCUMENT_TOKEN_TO_BE_REPLACED

He is apparently 'locked in a glass box' underground.

Maudsley's tale is not for the faint of heart, though its grim stories have captured the interest of many since his crimes came to light.

Maudsley, from Liverpool, was 21 when he committed his first murder in 1974 while he was working as a male prostitute.

He was arrested for the murder and eventually convicted. He was jailed with the recommendation that he should never be released into society again.

END_OF_DOCUMENT_TOKEN_TO_BE_REPLACED

He was first imprisoned at Broadmoor Hospital, known as residence of some of the UK's most violent and dangerous inmates.

In 1977, he barricaded himself into his cell with fellow prisoners David Cheeseman and David Francis.

Over the course of a number of hours, Maudsley and Cheeseman tortured Francis, and by the time the guards got the cell open, Francis was dead.

One year later, Maudsley strangled and stabbed another murderer called Salney Darwood in his cell, and hid the body under his bed. 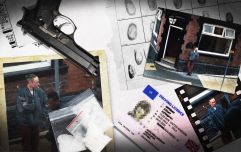 END_OF_DOCUMENT_TOKEN_TO_BE_REPLACED

After this he stabbed Bill Roberts to death before calmly walking up to a prison guard and saying there would be 'two fewer people for dinner tonight'.

Following his violent time in prison, officials had him placed in a special glass cell which drew comparisons to Hannibal Lecter's in Silence of the Lambs.

According to The Guardian, the cell is 5.5mx4.5m, and is surrounded by bulletproof glass. It contains a table and a chair made from compressed cardboard.

He lives in the cell for 23 hours of the day, with one hour's worth of exercise per day. His exercise hour involves an escort of six guards, and he's never given access to fellow inmates.

When he was interviewed about his confinement, Maudsley said:

I feel no officer takes any interest in me and they're only concerned with when to open the door and then make sure I get back in my cell as soon as possible.

I think an officer could stop and talk a bit but they never do and it's these thoughts that I think about most of the time.

He claims his confinement reminds him of his abusive childhood, in which he was locked in his room for months at a time and beat by his father.

He requested in 2000 for leniency in his imprisonment, begging for a pet bird or a means to end his life, both his requests were denied.

He is still imprisoned in the glass cell underneath Wakefield Prison.