Did you recognise that voice?

The Haunting of Bly Manor is one of Netflix's most anticipated shows of the year. 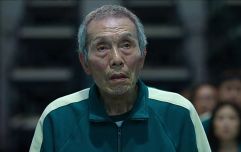 END_OF_DOCUMENT_TOKEN_TO_BE_REPLACED

It is the follow-up to 2018's The Haunting of Hill House, and while it features a new setting and characters, it does including some returning cast members like Carla Gugino and Oliver Jackson-Cohen.

However, there is one cast member who will be familiar to any parent watching the show - or at least their voice will.

Young actress Amelie Bea Smith, who plays Flora Wingrave in The Haunting of Bly Manor, is also the voice of Peppa Pig.

The spectacular revelation was made on the Netflix Philippines account.

So close your eyes while watching The Haunting of Bly Manor to get a perfectly splendid Peppa Pig episode pic.twitter.com/BebpO4imah

And of course, one clever person thought this was the perfect reason to make a quick mash-up of Peppa Pig and The Haunting of Bly Manor.

Amelie Bea Smith started voicing Peppa Pig in 2020, taking over from Harley Bird. Several different young actors have actually voiced Peppa since the TV show began in 2004, as they age out of role and become to old to voice the cartoon pig.

Me trying to watch The Haunting Of Bly Manor without thinking about how that little girl is the voice of Peppa Pig pic.twitter.com/7LCYKspiJq

NO WONDER THE WAY SHE SAYS “PERFECTLY SPLENDID” SOUNDS SO FAMILIAR

"Me trying to watch The Haunting Of Bly Manor without thinking about how that little girl is the voice of Peppa Pig" wrote one user, with reaction shots from the show.