The channel that shows Christmas movies 24/7 is launching today

Don't say it is too early

Sony Movies Christmas, the channel that shows Christmas movies all day, every day up until Christmas itself has launched today. 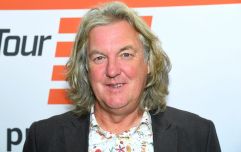 END_OF_DOCUMENT_TOKEN_TO_BE_REPLACED

Yes, it is only September. I know it is hard to tell what day of the week it right now, let alone what month we're on. But yes, we are still three months away from Christmas.

The launch of the all-Christmas movie channel has become somewhat of an annual tradition, something that people look forward too as much as other Christmassy capitalist regulars like Starbucks red cup or mawkish John Lewis commercials.

According to Sky's marketing site, the channel "airs back to back feel-good Christmas movies, all day every day, offering families the perfect Christmassy content to sit down and snuggle up to!"

END_OF_DOCUMENT_TOKEN_TO_BE_REPLACED

Of course, don't expect the likes of Die Hard or Home Alone to necessarily be on there. Looking at the schedule published so far, it is mostly your standard made-for-TV movie fare that they usually show, that you've never heard of.

The line-up for the first day includes such classics as A Beauty and The Beast Christmas, The March Sisters at Christmas, I'll Be Next Door For Christmas, Santa's Summer House, Another Christmas Kiss, Defending Santa (starring Dean Cain!) and Christmas Do-Over.

Not heard of any of them to be honest.

Coming up at midnight on Sunday though is a Christmas-themed superhero film starring Wee Man from Jackass and Jeffrey Combs from Re-Animator.

END_OF_DOCUMENT_TOKEN_TO_BE_REPLACED

I mean, just read the description for Elf-Man: "An inventor is kidnapped on Christmas eve by a gang of thieves who are after his latest creation. His two children make a wish for someone to save him which is answered by Santa Claus, who sends one of his elves to become a festive superhero and go on a rescue mission."

popular
Moment Jake Paul ends up in dramatic fight with YouTuber in club
Graeme Souness 'doesn't regret a word' of 'man's game' comments that sparked sexism row
Landlord faces £40k fine after tenant puts swimming pool on roof of flats
Man United have 'decided to sell' promising midfielder James Garner
Bulgarian mystic who correctly predicted Princess Diana’s death and 9/11 sees 2022 prophecy come true
Incredible case of the only known individual whose parents were two different species
Graeme Souness under fire for calling football a ‘man’s game' while sat with Karen Carney
You may also like
Entertainment
People are calling out ‘Love Actually’ for being problematic
Entertainment
I watched the 24/7 Xmas movie channel for 24 hours so you don't have to
Entertainment
If Die Hard is a Christmas film, then so is Lethal Weapon
Entertainment
Netflix Christmas movies ranked from bad to never should have been made
Entertainment
Home Alone house is available to rent on AirBnB - complete with booby traps
Next Page