"It's a sitcom starring two Avengers?"

Spoilers for WandaVision episodes 1 to 4.

END_OF_DOCUMENT_TOKEN_TO_BE_REPLACED

Disney has released a mid-season trailer for the second half of WandaVision, and it has only left us with more questions.

We are half-way through the first Marvel Cinematic Universe series, and we are finally getting some clues as to what is going on. The first three episodes were pitch-perfect facsimiles of sitcoms from the 1950s, 1960s and 1970s. But the latest episode finally gave us a look at what is going on outside Westview.

Now we have a trailer showing us more footage, and things look to be going very bad for Wanda and The Vision.

Life could be perfect when it's made just for you. @MarvelStudios' #WandaVision is now streaming on #DisneyPlus. pic.twitter.com/Y2OBTdmsnX

We get a glimpse at Halloween in Westview, with Vision and Scarlett Witch wearing very classic versions of their superhero costumes. But we also get the world around them seemingly falling apart, and most interestingly, we see Vision trying to break through the barrier at the edge of the town.

We also get more of Kathryn Hahn’s mysterious Agnes, who seems to know more of what is going on than the rest of Westview's residents. 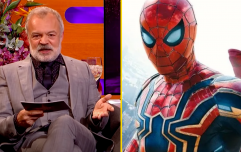 END_OF_DOCUMENT_TOKEN_TO_BE_REPLACED

There are also glimpses at the upcoming episode that presumably will be riffing on 1980s and 1990s sitcoms.

Outside of the sitcom world, we get more of SWORD's investigation, including Monica Rambeau, who now has first-hand experience of being in the construct/simulation/whatever-is-going-on.

The trailer also includes Wanda seemingly speaking directly to the camera, saying she is not sure what is going on, suggesting it is "just a case of the Mondays." Hopefully, this is some riff on 2000s sitcoms like The Office and Modern Family.

Anyway, we are still confused. We are pretty sure this leading into some sort of multiverse/House of M-style reveal, but there will definitely be more surprises along the way.