This infographic reveals the staggering amount of global internet traffic in 60 seconds...

Admit it, you're addicted to the internet. You can't keep your hands off the damn thing.

Not a minute goes by when you're not having a sneaky look on Facebook, checking your Twitter, sending selfies to pals on WhatsApp or catching up on the latest news on JOE (obviously).

You're not alone my friend - billions of people around the world are hooked on the old World Wide Web.

What the hell else would we do with no Netflix, Snapchat, YouTube and Instagram? Actually go outside? Interact with other humans face to face? You crazy.

You can imagine then that all this frenzied internet use across the globe adds up to a sizeable amount of traffic.


And when we say sizeable, we mean f**king gargantuan proportions. When we saw this graphic show just 60 seconds of internet use in an average day on Planet Earth, it absolutely blew our minds... 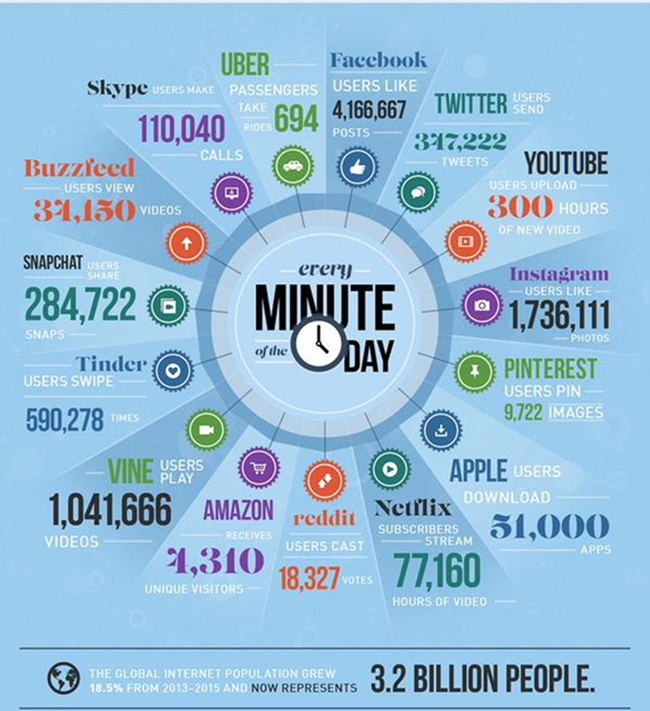 Fans of the I.T Crowd will hope that Jen never does manage to get her hands on the Internet and break the damn thing...


popular
The JOE Friday Pub Quiz: Week 199
Study shows the type of man that gives women the best orgasms
'Time traveller from 2030' passes lie detector test over future predictions
A definitive ranking of every swear word from worst to best
The JOE Friday Pub Quiz: Week 198
The definitive ranking all 151 original Pokémon from worst to best
The teaser trailer for Spurs' documentary All Or Nothing has been released