It will be a lot more powerful...

The iPhone 7 is set to be released at a special event later this week but details of the new phone have already been revealed according to a new report from KGI Securities. 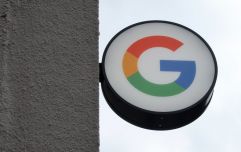 END_OF_DOCUMENT_TOKEN_TO_BE_REPLACED

KGI Securities' Ming-chi Kuo has been predicting details on Apple hardware for years with a impressive degree of accuracy and he released more research over the weekend about the new iPhone.

The phone itself will be available in five colours with the existing rose gold, gold, and silver models as well as the introduction of dark black version and a piano black model.

However, it is inside the phone where the big change comes with the addition of an A10 processor which will provide a significant speed bump up to 2.4 or 2.45GHz compared to the last model's A9 chip which produced 1.85GHz.

Apple have been focusing heavily on their cameras with recent versions of the iPhone and the new iPhone 7 is no different with the addition of a dual-lens camera system. The new camera will have optical zoom, a wide-angle camera and a telephoto camera, as well as a new flash to improve low-light photography.

In terms of storage, there will be no 16GB model with the base level being 32GB as well as 128GB and 256GB models.

The official announcement on the iPhone 7 will be announced on September 7 at a special event.

popular
Woman wins millions after suing mum's GP for allowing her to be born
Lovely Bones author apologises to exonerated man who spent 16 years in prison for her rape
Scotland international rugby star Siobhan Cattigan dies aged 26
Qatar World Cup chief executive claims LGBTQ community will be 'welcome' at tournament
Omicron symptoms: What you should be looking out for
Pilot claims Prince Andrew was on Epstein plane 'Lolita Express' during Maxwell trial
Ronaldo comments ‘FACTS’ on fan boy Instagram post criticising Messi’s Ballon d’Or win
You may also like
News
EU wants every phone to have same charger, even iPhones
News
Apple to start scanning people's messages and photos to find child abuse
News
iPhone users could get £750 compensation from Google for data tracking
Life
Apple to unveil 217 new emojis, including gender neutral faces
Life
The new iOS 14.5 update will let you unlock your phone with a mask on
Next Page