Musk took to Twitter to decide the fate of his Tesla stock - or did he?

Tesla CEO Elon Musk, who also happens to be the richest man in the world, has sold nearly $5bn in Tesla stock but still holds more than 116 million shares.

END_OF_DOCUMENT_TOKEN_TO_BE_REPLACED

Said transactions were not marked as 10b5, which means they were not scheduled sales. Then on Wednesday evening, filings showed that Musk will be selling another chunk of Tesla shares through a plan he set up on September 14. These 930,000 shares equate to a further $1.1bn.

In short, these share sales were to satisfy tax obligations related to an exercise of stock options.

Musk had initially asked his 62.5 million Twitter followers in a poll, telling them that their vote would determine the future of his Tesla shares. However the filing indicates that Musk knew some of his shares were going to sell this week, which suggest he wasn't as democratic as he pretended to be.

Much is made lately of unrealized gains being a means of tax avoidance, so I propose selling 10% of my Tesla stock.

Do you support this? 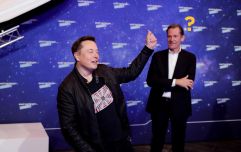 END_OF_DOCUMENT_TOKEN_TO_BE_REPLACED

His Twitter poll created a slump for Tesla stock which fell 15 per cent over Monday and Tuesday before growing by four per cent on Wednesday.

If you like comeback stories, then you'll be pleased to know that by Thursday, his stock had rebounded completely. 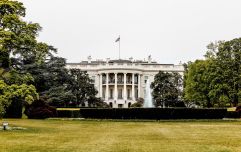 END_OF_DOCUMENT_TOKEN_TO_BE_REPLACED

"Individuals like Elon Musk, like Jeff Bezos have transformed life, and we want to keep them in control of their companies, as long as they've got the energy and the ambition to keep moving the business forward," said Citadel CEO Ken Griffin on Wednesday.

popular
Brit on holiday beaten with a brick by gang before being thrown in the sea unconscious
Rishi Sunak has resigned as Chancellor of the Exchequer
Sajid Javid: Health secretary resigns amid Chris Pincher scandal
Premier League player arrested on suspicion of rape facing two more allegations
Towie’s Yazmin Oukhellou and Jake McLean had ‘furious row in Turkish club’ minutes before horror crash, report claims
Lurpak spotted on sale for £9.35 in supermarkets - with security tags on packs
Dad who ran off with Ukrainian refugee says couple are doing 'brilliantly' - but he can't see his kids
You may also like
Entertainment
Jordan Peterson suspended from Twitter over Elliot Page comment - says he won't apologise
News
Elon Musk’s daughter wins legal fight to lose his name and change gender
Life
Elon Musk's ex-wife says she's 'proud' of their child after they decide to sever all ties with billionaire
Life
Elon Musk's child petitions to change name and sever all ties from him
Life
Elon Musk set to become world's first trillionaire by 2024, because the world really needed one
Next Page