Huawei, one of the world's leading smartphone manufacturers, has had a rough month

As part of a deepening trade war with China, President Donald Trump has prohibited US companies from using Huawei technology - deeming their products to be a security risk. The ban has been delayed by 90 days.

Following the declaration, Google announced that they would comply with Trump's policy, and deny Huawei phones future access to the Android operating system, and security updates. Google also said they would no longer provide technical support for Huawei users.

Now, the SD Association, the trade group responsible for standardising SD and microSD cards, has barred Huawei from membership. The decision was taken as a direct consequence of Trump's announcement of a national emergency.

SD cards and microSD cards essentially serve as memory cards, which have a standardised format that works across most technology. This latest development suggests that future Huawei smartphones will not be compatible with the SD card formats. 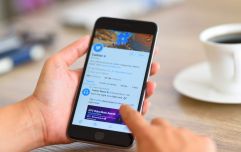 Twitter introduces its own form of stories with new feature Fleets

END_OF_DOCUMENT_TOKEN_TO_BE_REPLACED

Huawei has confirmed to Engadget that this latest blow will not affect their customers right away, but the future is definitely uncertain for Huawei.

The Chinese giant has said that it has been planning to transition to its own model of Nano Memory Cards since before the ban came into effect.

popular
Stevie Wonder to move to Ghana permanently due to racism in the USA
Man Utd youngster Shola Shoretire released by Man City for training with Barcelona
Adam Sandler has officially greenlit Happy Gilmore 2
TOWIE star Mark Wright is officially the worst player on FIFA 21
After Life season three to start filming soon, Ricky Gervais confirms
Anthony Joshua says Tyson Fury is "just one on a long list" of heavyweights he wants to face
Care home introduces 'no jab, no job' policy for new employees
You may also like
Tech
WhatsApp is introducing messages which disappear
News
Facebook bans QAnon accounts across all of its platforms
News
The UK could be finally getting rental e-scooters
Gaming
John Wick to be made into video game with voices provided by the cast
Entertainment
Netflix to trial new feature that everyone will want to try
Next Page