Leaked Apple email suggests the end of iTunes is near

Everyone remembers their first experience with iTunes. Your parents finally gave in and got you an iPod Nano for Christmas. It was the only present you got that year because "they're so expensive for what they are". Your siblings got extra gifts to make up the price of your iPod, but you didn't care because you'd emerged the true winner of Christmas.

END_OF_DOCUMENT_TOKEN_TO_BE_REPLACED

Once the novelty of actually owning an iPod wore off, you had to figure out how to use the thing. They came with scant instructions (but Apple stickers!), so a lot of stabbing in the dark was required. Somehow getting a physical album onto an iPod for the first time was a nightmare. Most of us gave up five minutes in and deemed it a task for Dad's friend at work who's in I.T.

Anyway, my point is that nobody will suffer this cruel fate again because iTunes is maybe possibly probably going to be scrapped after it was announced that a letter from Apple to the music industry has leaked.

Metro reports that the letter states the end of iTunes accepting any more LP submissions, which is causing reasonable assumptions that they're going to scrap the store altogether in the not too distant future.

"Apple will no longer accept new submissions of iTunes LPS after March 2018. Existing LPs will be deprecated from the store during the remainder of 2018. Customers who have previously purchased an album containing an iTunes LP will still be able to download the additional content using iTunes Match" 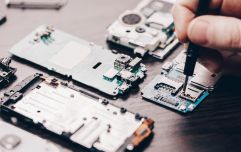 END_OF_DOCUMENT_TOKEN_TO_BE_REPLACED

(An iTunes LP is a music bundle as opposed to albums).

It seems as though they're going to head down the Spotify route of charging a monthly subscription as opposed to the current setup which allows you to buy individual singles and albums.

For users, it's going to end up a lot cheaper if this goes ahead, but that also means that every iTunes album purchase you've made in the past was drastically overcharged in comparison. Lol banter.

Nothing has been confirmed by Apple just yet, so it's all just speculation at this point and provides people with sufficient ammo to say "See, I told you this would happen" if it actually does materialise.