Good news for Call of Duty fans, the new game will go 'back to its roots'

Aside from offering incredible gameplay and stellar multi-player modes, one of the main reasons why the Call of Duty saga has proven to be so popular with gamers is its authenticity. 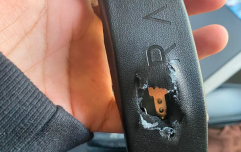 END_OF_DOCUMENT_TOKEN_TO_BE_REPLACED

If you happened to play the first three versions of the hit franchise, you'll know that they were all set during World War II. The Modern Warfare arc soon followed as a gaming behemoth was born, the total sales figures from all Call of Duty games have surpassed $15 billion.

It appears that Activision have been listening to the feedback from their loyal fanbase because they've promised to take the COD franchise 'back to its roots'.

The software giant stated that: "In 2017, Activision will take Call of Duty back to its roots and traditional combat will once again take centre stage. This is what our dedicated community of Call of Duty players and Sledgehammer Games, which has been developing this year's title, are the most excited about. It's clear that, for a portion of our audience, the space setting just didn't resonate."

END_OF_DOCUMENT_TOKEN_TO_BE_REPLACED

"We have a passionate, experienced studio deeply committed to this direction, and despite the risks we saw, we believe it is important to consider the passions of our game teams in deciding what content to create."

There you have it.

popular
Lisa Kudrow hits back at fans complaining about lack of diversity in Friends
James May 'hospitalised after crashing into wall at 75mph filming new show'
Landlord faces £40k fine after tenant puts swimming pool on roof of flats
Ex-teacher who got pregnant by former student plans to film birth so it can be taught in schools
Robin Williams' wife shares reason why he killed himself
The JOE Friday Pub Quiz: Week 307
Furious Reading and Leeds ticketholders demand refunds as band replaces Rage Against The Machine
You may also like
Life
Gamer sells PC to pay for mum's cancer treatment
Entertainment
The JOE Friday Pub Quiz: Week 306
News
YouTuber claims that FIFA 23 is 'broken'
Entertainment
GTA VI reportedly features first female protagonist and is based on a modern day Bonnie & Clyde
Entertainment
YouTube star PewDiePie slammed for ‘mocking’ deaf TikToker
Next Page