Apple surprise everyone at their iPhone 6S launch with new iPad

With the world eagerly awaiting the launch of their new iPhone 6S, Apple surprised everyone by unveiling the new iPad Pro.

The 12.9 inch display makes it much bigger than previous models, with its shortest edge being the length of its predecessor's height. 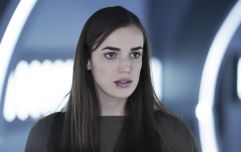 END_OF_DOCUMENT_TOKEN_TO_BE_REPLACED

"iPad is the clearest expression for our vision of the future of personal computing. A simple, multi touch piece of glass that instantly transform into virtually anything you want it to be," Tim Cook, Apple's CEO said.

The new product is also accompanied by a series of new accessories, one of which being the all new smart keyboard and pencil.

The pencil will give you an alternative to using your finger on the screen, giving you more precision when using the iPad for drawing. It has its own integrated battery and can be charged by being plugged into the iPad.

The new iPad will be available in silver, gold and grey and also features an improved 8-megapixel camera mounted on its rear side.