Apple keep coming up with new ways to win.

This weekend it was revealed that the tech giant is recovering millions of dollars from recycling users' old iPhone and iPad devices. 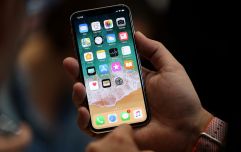 END_OF_DOCUMENT_TOKEN_TO_BE_REPLACED

The tech giant has recovered almost a ton [metric] of gold from abandoned products, worth an estimated £28 million.

The Environmental Responsibility Report also believes Apple to have recovered 6,612lbs of silver, 2,953,360lbs of copper and 101,000lbs of steel, through the take-back initiatives.

Of course, when you're a global force like Apple, £28 million is more a nice bit of pocket money rather than big bucks.

Instead, the news perfectly chimes with Apple's current shift to a new greener policy. After recently launching an Apps for Earth campaign with the WWF, Apple also informed users that they expect iPhones to have a lifespan of only three years, as they look to make all their devices be more recyclable.

The recovered metal will be used into future Apple products. Will this mean iPhone will be cheaper to pick up in future? Fingers crossed.

popular
Pounds and ounces set to return in post-Brexit shift back to imperial measures
Man has hand ‘chopped off at the wrist in London after vigilantes corner him’
Lawyer hired hitman to kill him 'so son could collect $10m life insurance'
Man City fans hit out at Pep Guardiola after attendance appeal
CEO who gave all employees $70k salary says staff saved company by taking voluntary pay-cut
Factory worker fired for drinking beer nine hours before shift wins payout
Lil Nas X shows off 'baby bump' for album teaser video
You may also like
Life
Apple to unveil 217 new emojis, including gender neutral faces
Life
The new iOS 14.5 update will let you unlock your phone with a mask on
News
Apple forced to pay £85 million after admitting they slowed down old iPhones
Tech
Your iPhone has a secret list of every single place you've ever been
Tech
Creative genius Kanye West's iPhone passcode is 000000
Next Page