And also a death robot! Hooray!

You might have heard of Kalashnikov, the Russian manufacturing firm behind the infamous AK-47, the weapon of choice for everyone from players of Call of Duty to Grand Theft Auto to various militia groups around the world looking for a light, effective, gas-operated assault rifle. 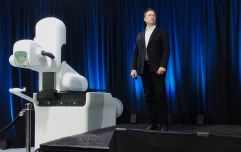 END_OF_DOCUMENT_TOKEN_TO_BE_REPLACED

Their Wikipedia page enlists their products as: weapons, firearms, military robots and vehicles!

Which brings us to this, their attempt to challenge Elon Musk's company Tesla in the electric car market.

Ladies and gentlemen, I give you, the Kalashnikov CV-1.

The car was launched in Moscow on Thursday, along with the statement that promised the car features a number of complex technological systems that ensure Kalashnikov "stand in the ranks of global electric car producers such as Tesla".

Which is bold, given the thing looks like a fridge on wheels with an electric heater glued to the front.

Rather than an actual refrigerator, the CV-1's design is inspired by a 1970s Soviet hatchback called the Izh-Kombi, that, despite sounding like a boiler, was considered a "supercar" at the time. 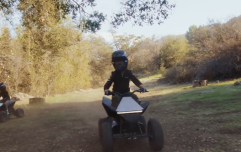 END_OF_DOCUMENT_TOKEN_TO_BE_REPLACED

According to the company, the vehicle can travel 350 km (217 miles) on a single charge.

One user commented on their Facebook page following the announcement: "Your tanks are great, but it would be better if you stayed away from cars."

Which is a sentiment we can all get on board with, I'm sure. More people-destroying tanks and less environment-saving electric cars please Kalashnikov!

This is Little Igor.

Tbh I think I could beat that thing with an extension cord around its legs and a jug of water, but what do I know. Nothing. Absolutely nothing lads.

popular
ITV News' intro to Downing Street Christmas party clip is absolutely brutal
Majority of people think Boris Johnson should resign, according to new poll
The FootballJOE Pub Quiz: Week 17
Electrician jailed after castrating several men at their request in Germany
Robbie Savage 'started to tear up' as son Charlie is named on Man Utd bench
Met police to review leaked video of Downing Street aides joking about Christmas party
Boris Johnson apologises for a party he says didn't happen
You may also like
News
Musk sets out UN conditions for $6B Tesla stock donation to end world hunger
News
People are baffled why billionaire Zuckerberg uses a bottle of BBQ sauce as a bookstand
News
Woman 'has proof' extra iPhone cameras are fake
Sponsored
Everything you need to take your streaming set-up to the next level
Tech
Sky Glass: Everything you need to know about the all-in-one WiFi TV
Next Page