Zlatan clearly isn't too keen on the Class of 92

Former Manchester United forward Zlatan Ibrahimovic has taken aim at a group of the club's former players - known commonly as the Class of 92 - for their complaints about the club in recent years.

END_OF_DOCUMENT_TOKEN_TO_BE_REPLACED

In an interview the Mirror, the Swedish striker, who currently plays for LA Galaxy in Major League Soccer, said that the club was being harshly judged, with every single performance and incident being compared to the era under Sir Alex Ferguson.

Zlatan signed for United as a free agent in the summer of 2016, winning the League Cup and a Europa League during an overall impressive spell at the club.

“Everything that happens is judged by the era of Ferguson. They are saying if Ferguson was here, this would not happen, Ferguson would not do it like that," he said, urging the club and those who support it to move on from the Sir Alex era.

“Ferguson would do it like this. Everything was Ferguson.

"So I do not want to hear what happened before. I want to do it in the present. You come in with a new mentality.

“Ferguson has his place in history at this club but now the club continues. It has to find its own identity and it is difficult.” 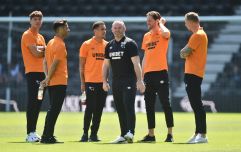 END_OF_DOCUMENT_TOKEN_TO_BE_REPLACED

Manchester United were harshly criticised during Zlatan's time at the club, with many of its former stars - the likes of Gary Neville and Paul Scholes in particular - in television roles as pundits at the time.

The fact that these former players complained using their positions within television studios, rather than actively attempt to improve the club by trying to assume a role within it, clearly rankled with him.

“They are not there any more. They are on TV and complaining all the time because they are not active in the club," he added.

“So you cannot be on TV and always complaining and criticising. Yeah, okay, you’ve had your time, we know it.” 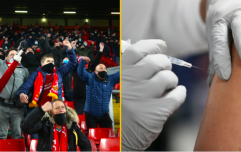 END_OF_DOCUMENT_TOKEN_TO_BE_REPLACED

The 37-year-old also criticised the insular nature of the club's elder statesman, using the treatment of Paul Pogba - a close friend of his - as an example of the poor treatment he's perceived them to have handed out.

“With Pogba, he was with United when he was young, then he went out and he came back," he said.

“And in the circle of Ferguson, they don’t like that. Because they stayed all their life under Ferguson and they never moved from Ferguson.

“And they didn’t even talk if Ferguson didn’t tell them to open their mouth.

“So now if they are talking, I don’t know whether Ferguson gave them permission or not.”