It has been a tough few years for Anderson Silva.

The Brazilian will go down in history of one of the stars of mixed martial arts, but things have not gone to plan since he lost his unbeaten UFC record to Chris Weidman in 2013. 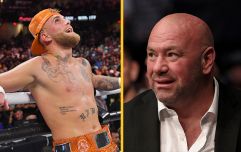 END_OF_DOCUMENT_TOKEN_TO_BE_REPLACED

Silva had not won since then, but the run of setbacks finally came to an end at UFC 208, more than four years after his last victory (though there was a win against Nick Diaz later ruled as a no contest after a failed drug test from 'The Spider').

Of course that period involved a decision loss to Michael Bisping in London, which the veteran felt he should have won

So, when he was handed a unanimous decision victory over Derek Brunson in New York, you could see just how big a deal it was.

That's what it means for 🕷 @SpiderAnderson to get back in the win column at #UFC208! pic.twitter.com/8kMevLvpkx

“When I come here, when I come inside this cage, I put my life to stay inside the cage. I respect everybody here,” Silva is quoted as saying by Fox Sports. 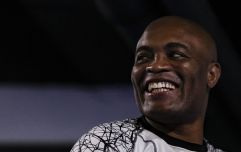 END_OF_DOCUMENT_TOKEN_TO_BE_REPLACED

“Now I just to fight happy because I love my job, I love the UFC, I love my fans.”

Now 41 years of age, it will be interesting to see how many more fights like this Silva has in him.