Who will be next in Roy Keane's critical crosshairs?

I regret to inform you that Keane is at it again

Roy Keane is back in the headlines. If you've spent any time on social media this week you'll have noticed this. Videos of the former Manchester United captain on stage in Dublin have been doing the rounds with captions like 'Roy Keane doesn't mince his words' and 'Don't mess with Roy Keane LOL'.

The footage in question shows Keane taking part in an airing of grievances, as is his custom whenever a camera is put in his face these days.

He talks about his acrimonious exit from Manchester United, how he won't speak to Alex Ferguson until he receives an apology for how it was handled, and how Fergie's claim that all he cared about was winning is rendered null and void by the fact that his son, Darren, won a league medal at the club.

Keane reserved his harshest words though for someone else, Jonathan Walters, the former Republic of Ireland striker who qualified for his nation through his Dublin-born mother Helen. Helen died from bowel cancer when Jon was 11 and he has since stated that his international career is dedicated to her.

Now, Keane doesn't like Walters, and Walters doesn't like Keane. This has been clear for a number of years, from the reported row between Keane and three players - Walters, Harry Arter and Stephen Ward - during his time as Martin O'Neill's assistant manager for the Republic of Ireland, all the back to their brief time together at Ipswich Town, where the two clashed over Walters' request to leave the club for a move to the Premier League.

“He was a good player, a good tackler and all that, but he’s not someone to be scared of.”

What happened when @JonWalters19 knocked on Roy Keane’s door at Ipswich for a chat about his future. pic.twitter.com/MFsdyj9ZOj 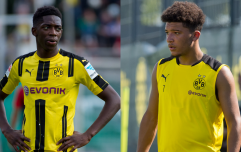 END_OF_DOCUMENT_TOKEN_TO_BE_REPLACED

While Keane's jibes at others during the evening were mostly football-related, his words for Walters were at best disrespectful and at worst unhinged and cruel.

One line in particular from Keane has gained traction:

"Maybe he should lie low for a while. Have a look at his medals? That wouldn’t take long."

That comment is a reference to an appearance Walters made on Irish television, during which he became emotional while talking about the death of his mother.

Earlier this year, Walters also opened up about the death of his brother, a miscarriage suffered by his wife as he was organising his brother's funeral, and his daughter's diagnosis with scoliosis.


His comments prompted an Irish charity, the Irish Hospice Foundation, to urge people to speak openly about their grief and to show compassion to those experiencing bereavement. 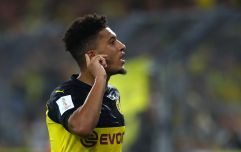 END_OF_DOCUMENT_TOKEN_TO_BE_REPLACED

Keane fans have long accepted his habit of saying uncouth things in the name of a 'winning mentality'. Roy doesn't accept being second best and he doesn't accept it from others, they have consistently said.

But his comments about Walters were nothing to do with football, they were simply heartless; the cold musings of a man who, as Dion Fanning stated on the most recent episode of JOE.ie's The Football Spin podcast, has become "the most self-obsessed, most relentlessly narcissistic bore that Ireland has produced in a long time".

Keane used to portray himself as the righter of wrongs, the upholder of sporting ideals getting lost in a football world that rewards what he would consider mediocrity with riches and spoils.

But as time goes on, Keane has become more like your dickhead uncle, willing to say anything and everything to win an argument, no matter how hurtful he needs to be.

It is at this point that one must wonder who the next target of his ire will be? Perhaps he'll turn his attention to climate campaigners, deeming their warnings of extinction as 'hysterical and embarrassing'.

Perhaps he'll turn up at a funeral to tell off grieving relatives for crying over a loved one that 'won fuck all'.

Or perhaps, after he's exhausted all of these potential avenues of criticism, after he has vilified everyone and everything there is to vilify, he'll turn on himself, realising this to be the last frontier. His Everest.

If he does so he will at least have plenty of ammunition in the form a sad, weird man who has used the vast majority of middle-age trying to one up people who moved on from him and his pathetic mind games a long time ago.