On Monday evening, Rio Ferdinand contended that David De Gea had cemented his status as the greatest goalkeeper in the world.

Two stunning saves to keep the score 0-0 in that 'Red Monday' thing earned him passels of plaudits but it would appear as though some fellow shot-stoppers were watching the stalemate at Anfield, and wanted to prove their worth 24 hours later. 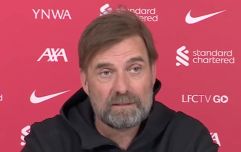 END_OF_DOCUMENT_TOKEN_TO_BE_REPLACED

But it took some doing from each man to make sure that they wouldn't have to pick the ball out of the net on any occasion.

Buffon was typically determined to keep his sheet spotless and it required two stellar stops to do so.

The first came from the penalty spot, when he got all 6ft 3in of his imposing frame down low to prevent Alexandre Lacazette from converting a first half penalty.

On the other side of half-time, Buffon proved that he's lost none of his reflexes in spite of his impending 39th birthday.

The heroics certainly earned the admiration of a keen admirer watching from home. 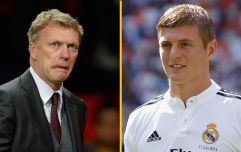 END_OF_DOCUMENT_TOKEN_TO_BE_REPLACED

Hugo Lloris' goalline stop in Spurs' 0-0 draw at Bayer Leverkusen was so good that the technology may well have second-guessed itself.

The Frenchman somehow closed a relatively open goal and got a strong hand to what looked to be a certain deadlock-breaker.

What a save this is from Hugo Lloris #THFC https://t.co/gJq87fb4EV

Kasper Schmeichel's offering might be the most sensational of the bunch, due in part to the fact that it came so late in the game.

Arguably the trickiest part of succeeding as a goalkeeper is keeping one's concentration for 90 minutes but, when Peter Schmeichel is your father, focus is likely embedded in every blood cell in your body.

Just look at this late stop from the Leicester wall to ensure three points for the Foxes.

Football would be a lot more boring if it was not for these impenetrable forces making life miserable for strikers.

Gianluigi buffon is hands down the best Goal keeper ever too play & still playing. Single handily won Juve that game with 10 men down

Massive credit to Schmeichel as well for keeping us in it! I've seen him produce some amazing saves at #lcfc but that was one of the best!