Before this year, Lucas Pouille had only once got beyond the first round of a Grand Slam.

But now he finds himself one game from a US Open semi-final after causing one of the shocks of the tournament against number five seed Rafael Nadal. 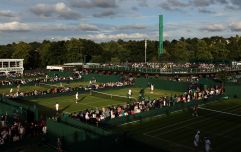 END_OF_DOCUMENT_TOKEN_TO_BE_REPLACED

Nadal had looked comfortable throughout the first three rounds, seeing off Denis Istomin, Alessio Seppi and Andrey Kuznetsov without dropping a single set. 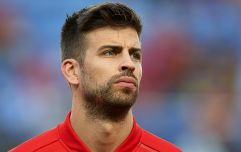 END_OF_DOCUMENT_TOKEN_TO_BE_REPLACED

It was Pouille's first ever victory over a top-five player, and saw him achieve back-to-back quarter-final runs after making it to the last eight at Wimbledon in June.

He has only reached the semi-final stage of an ATP tour event on two occasions, losing to Andy Murray in Rome in May this year and seeing off Federico Delbonis at the Romanian Open only to come up short against Fernando Verdasco in the final.

But victory over Nadal is nothing short of sensational, and it sets up a tough-but-winnable meeting with compatriot Gaël Monfils in the quarter-finals.

Andy Murray has a chance to join Pouille and Monfils in the last eight when he faces off against Grigor Dimitrov on Monday night, but fellow British hope Kyle Edmund was eliminated by Novak Djokovic in the last 16.

popular
Stranger Things: Spotify will choose which song would save you from Vecna
Tourist dies after losing arm and leg in shark attack at popular resort
Jordan Peterson suspended from Twitter over Elliot Page comment - says he won't apologise
Adele fans have 'mad respect' for her after she stopped her Hyde Park gig to help someone in distress
Threesome sees 60-person brawl break out on cruise ship, says passenger
Woman sells pics of her thumbs on OnlyFans for £4,000
The JOE Friday Pub Quiz: Week 301
You may also like
Sport
Nick Kyrgios tells 'snitch' line judge she 'has no fans'
Life
Heartwarming moment Wimbledon match halted as Brit star rushes to ill ball boy - gives him Percy Pigs
News
Wimbledon to drop Mrs and Miss on women’s honours board to match men's titles
Sport
Boris Becker given prison sentence for hiding thousands of pounds worth of assets
Sport
Tennis star pulls off unbelievable trick shot using handle of racket
Next Page