What a hit son

He might have shaved his head and lost his pace, but Didier Drogba has not lost his ability to strike a ball. Now playing for Phoenix Rising, who are based in the United Soccer League, Drogba is still scoring plenty of goals at the age of 40. Phoenix Rising beat the Tulsa Roughnecks 5-1 today, with the help of a brace from their Ivorian striker, and one of the goals stood out. 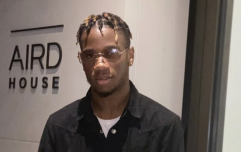 END_OF_DOCUMENT_TOKEN_TO_BE_REPLACED

Drogba has always had a rocket of a shot in his locker; most of his highlights in a Chelsea shirt involved scoring screamers against Arsenal. Today he gave his new fans a taste of what we saw in the Premier League for all those years, with this absolute screamer of a free kick.

It looks to be from about forty yards out, and while the keeper gets a touch to it, the power on the shot was simply too much. 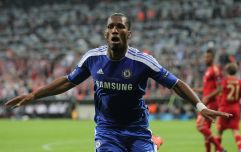 END_OF_DOCUMENT_TOKEN_TO_BE_REPLACED

As long as he can keep doing this, Drogba might have another season in him despite his age. He was a late bloomer and is still in excellent physical condition. The United Soccer League is not the highest level, it's not even MLS, but he's clearly enjoying himself in Phoenix.