It warms the heart.

The Chapecoense plane crash was a tragedy which shook the world of football back in November 2016. 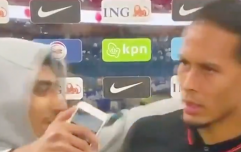 END_OF_DOCUMENT_TOKEN_TO_BE_REPLACED

Leaving only six survivors, all with severe injuries, the club were not only traumatised by the tragic loss of so many of their players, but had no squad not participate in future matches.

The world of football, as it does, has come together on many occasions to support the club - clubs in Brazil loaned lots of players to Chapecoense to allow them to field a team - and the club are showing great strength to recover from the tragedy.

In a recent friendly match, one of the survivors, Jakson Ragnar Follmann, displayed an admirable sense of humour when he jokingly pretended to have cramp in his prosthetic leg. 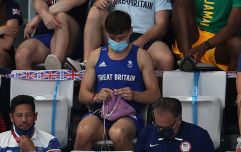 Tom Daley's viral Olympic knitting is all for charity

END_OF_DOCUMENT_TOKEN_TO_BE_REPLACED

It's impressive enough to walk with a prosthetic leg, let alone playing football with one, especially considering why he has one.

The player was previously a goalkeeper, but lost his leg in the plane crash and has been through over a year of rehab to reach this stage, which should be applauded.

It warms the heart to see someone who has endured such trauma approach life with such an attitude, seeing the funny side to things wherever possible.