The shitstorm has passed but the British & Irish Lions are heading straight into an All Black squall.

Four days ago and most passionate Lions followers and fans were cursing Warren Gatland.

END_OF_DOCUMENT_TOKEN_TO_BE_REPLACED

The Lions [and Wales] head coach decided to draft in four Welsh players and two Scots to fill his bench against the Chiefs. The Hurricanes too, if it came to it.

Gatland proclaimed that he had a Test Series to win and history does not look kindly on those that don't get the job done, or at least make a decent fist of it. If the Lions ran out of steam against the world champion All Blacks, he'd hate to look at a midweek game were some players were needlessly spent.

Still, many - ourselves included - decried the move to call up four players that were distinctly second string. Former Lions like Ian McGeechan, Stuart Barnes and Stephen Ferris spoke of the jersey being devalued and everyone felt sorry for Joe Launchbury. Only Stephen Jones seemed to be arguing for the call-ups.

On Tuesday, Gatland stuck to his guns and named the six new men on his bench.

As the game went on, we expected a glut of substitutions. In the end, only Jared Payne was substituted and his place was taken by original tour member Tommy Seymour. Alun Wyn Jones featured for 10 minutes when Courtney Lawes went off for a Head Injury Assessment.

END_OF_DOCUMENT_TOKEN_TO_BE_REPLACED

The only recent call-up to get a look-in was Scottish prop Allan Dell, who came on for 10 minutes when Joe Marler was kicking his heels in the sin-bin.

Gatland put it up to his midweekers by calling for reinforcements but, absolutely crucially, he then decided to back the men he first came with. Every single man, from jersey 1 to jersey 15, would have been aware that these fresh recruits were ready to stake their claim; ready to be the hero the Lions needed.

There was no way those Lions were going to stand for that. They were surely told that the jerseys they wore - the positions they were playing in - were their's until they did something to force the coaches to remove them from the fray.

In the end, the Lions won 34-6 and the only man taken off [tryscorer Payne] could not return because of a blow to the head. It was a remarkable show of determination and drive.  Post-match, captain Rory Best paid tribute to tight-head prop Dan Cole landing vital tackles in the final minutes as an example of the team's spirit. He declared:

"We really worked hard for each other.

"At the very end, when we were winning comfortably, it would be easy to concede a try but you saw the way the way the boys kept marching forward." 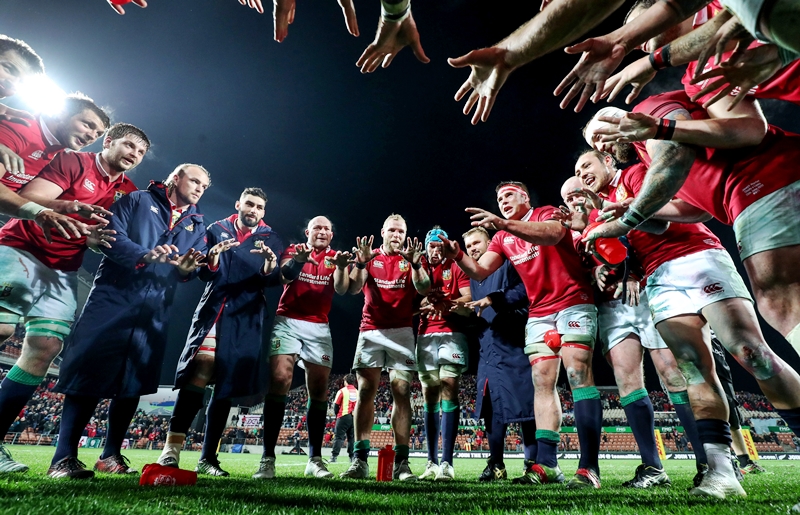 END_OF_DOCUMENT_TOKEN_TO_BE_REPLACED

Gatland's move reminded us of one made by legendary US ice hockey coach Herb Brooks, who led his team to one of the most unlikeliest of gold medal triumphs in Olympic history, in 1980.

Brooks was tasked with cobbling together a team of amateur US hockey players to take on a mighty Russian team that had dominated the Olympics for two decades. Kurt Russell starred as Brooks in the 'Miracle' bio-pic about that American win and there is a famous scene that shows how his disparate collection of players finally became a team.

With the Olympics at Lake Placid nearing, Brooks brought in a player from outside the group and left the players in no doubt that one of the original squad could be cut. As the team boarded a bus, one evening, Brooks was asked to come outside and convince some of his team to get on.

As the movie depicts, they were not happy with the newcomer.

"Somebody better explain why I shouldn't be giving him one hell of a look [at him]," Coach Brooks exclaims.

There is a pause between the huddled players before one speaks up - "Because we're a family!"

Brooks then tells the players he will cut the newcomer to the squad. As he takes his place back on the team bus, his assistant tells him, "Looks like you've got yourself a team."

By threatening to 'devalue' the jersey, Gatland has in fact inspired the wider squad to pour even more into protecting its sanctity.

It's still pretty shit for Joe Launchbury but Gatland could well have played us all for mugs.

Up next at Eden Park, another miracle would do nicely.