Warren Gatland has named arguably the most adventurous starting XV of his tenure as Wales coach.

The New Zealander has not only named the massive George North at outside centre, but has followed the lead of Australia's Michael Cheika by putting Justin Tipuric and Sam Warburton into the same team. 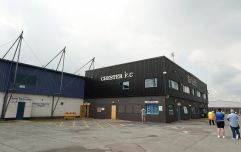 END_OF_DOCUMENT_TOKEN_TO_BE_REPLACED

Tipuric will start at openside flanker, while captain Warburton will take the number six jersey from the injured Dan Lydiate.

Samson Lee and Luke Charteris also return to the pack alongside Paul James, as Gethin Jenkins drops out of the matchday 23 entirely.

George North's selection at outside centre means Liam Williams returns to the wing, while the New Zealand-born Gareth Anscombe comes in at fullback for his first ever international start.

Alex Cuthbert retains his place on the wing despite some shaky performances so far and James Hook is named on the bench after joining up with the squad.

The inclusion of both Tipuric and Warburton was no doubt influenced by the threat of David Pocock and Michael Hooper - but the Wallabies will be without Hooper after he received a one-match ban for his hit on Englanf fullback Mike Brown.

The team in full is: 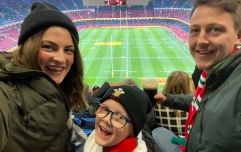 END_OF_DOCUMENT_TOKEN_TO_BE_REPLACED

popular
Robinho to begin prison sentence after rape conviction appeal is rejected
Man kept as slave in shed for 40 years on Wales caravan park
Barcelona willing to pay £45m for Brazilian 15-year-old
Marvel actor Gaspard Ulliel passes away aged 37 in ski accident
A definitive ranking of every swear word from worst to best
'My cat is so huge everyone thinks he's a dog - and he's still growing'
FA investigating Arsenal yellow card over 'suspicious betting patterns'
You may also like
News
Doctor says every covid patient currently in his hospital’s ICU is unjabbed
Entertainment
I'm A Celebrity contestants removed from set as show cancelled for two nights due to Storm Arwen
Sport
Gareth Bale has objects thrown at car on return to Real Madrid
News
Woman arrested over Wales dog attack death, questioned over 'dog dangerously out of control'
News
Boy aged 10 mauled to death by dog in his own home
Next Page