Viewers rage as Sky Go goes down during the Manchester derby

The Manchester derby was a match that didn't need any hype, but it got plenty.

It was the biggest match of the young season, we were told over and over in the build up. The clashing of two titans of English football, crosstown rivals who have seen the balance of power shift in recent years.

More than that, it was the coming together of two fierce rivals on the touchline, reigniting the fires that burned so brightly during their time in Spain where their personal hatred of each other became about more than just the hatred the two Clasico teams hold for each other.

Pep or Jose... who is going to win the Battle For Manchester? #MUFCvsMCFC #JOE pic.twitter.com/lOXA1XNCxT

This was Jose Mourinho's chance to prove that he has already turned around Manchester United's fortunes after just four league games, and that his investment of over £150m in his new-look squad was worth the money.

For Pep Guardiola, he was looking to once again slay his fiercest rival and prove that free-flowing football can still be king in the age of counter-attacks and stern defences.

Even in the often over-hyped culture of 'must-see' games, this had the sense of a 'can't miss'. So when Saturday afternoon rolled around, people all over the country switched over to catch the game. Even if you weren't at your TV, in the world of inter-connected streaming devices there is always a way to get to see a game of this magnitude.

And then this happened.

Sky Go: We are aware of some streaming issues today. We will resolve as soon as possible 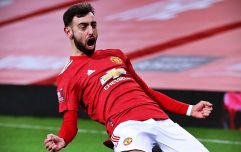 END_OF_DOCUMENT_TOKEN_TO_BE_REPLACED

Just as Kelechi Iheanacho's second goal was hitting the back of the net, Sky acknowledged that they were having trouble streaming the game for their customers.

But it wasn't just a slight blip, as it continued throughout the game with people losing connections at random times during the match.

Update: Sky Go. We are working hard to resolve streaming issues today. We are sorry for the inconvenience.

Sure, these things happen. But when they happen during the most-hyped league game of the season, fans aren't going to be happy...

@SkyUK @SkyFootball sky go app on Derby day not working. Like Fifa on release week an no chance of getting online gaming!

And it wasn't just Manchester fans, as supporters of the Old Firm clubs missed their derby too.

Well thanks to @SkySports and @SkyHelpTeam who offer no help, I missed the entire game on SkyGo now renamed SkyNO! #cancelllingSky