You've got to feel sorry for Iker Casillas.

The former Real Madrid keeper's fall from grace has been astonishing to watch. Just a few years ago, he was in the discussion for the world's top shot-stopper, only to see his career derailed by Jose Mourinho's ruthlessness. 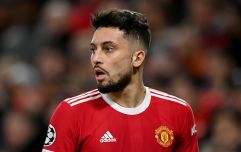 END_OF_DOCUMENT_TOKEN_TO_BE_REPLACED

The former Spain captain was pushed out of Madrid and is now plying his trade with Porto, where it appears he is trying to emulate the current world number one Manuel Neuer.

During Sunday night's defeat to fourth-placed Braga, Casillas suffered a howler for the ages as he seemingly forgot he was a goalkeeper and rushed out of his box without actually winning the ball.