This Canadian rugby player's one-handed catch is straight from heaven

If Odell Beckham Jr. could play rugby, we imagine he would this do sort of thing all the time.

Welsh rugby players like to think they can pull out an outrageous piece of skill now and again, and they often do. 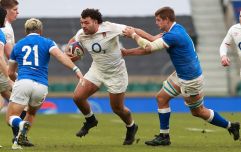 END_OF_DOCUMENT_TOKEN_TO_BE_REPLACED

But they hadn't reckoned on facing Canada's trick master Adam Zaruba in the weekend's Sevens encounter in Paris.

With just four minutes to go, Canada had a restart and with the ball hanging in the air near the touchline, Zaruba, who was only just recalled to the team for the weekend's action raised his hand and plucked the ball out of the air like a crow robbing crisps from your paw.

Of course, he ran in for a try, but that grab, Jesus, it is good enough to make a man weep.

Awesome grab by Adam Zaruba. Highlight of the weekend for Canada. #Paris7s pic.twitter.com/IOzTRF2nvG 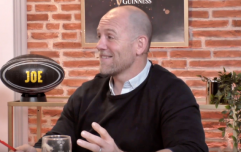 END_OF_DOCUMENT_TOKEN_TO_BE_REPLACED

Impossible is nothing indeed, but where does Zaruba's effort sit when it comes to sporting catch of the year? As much as we can all admire it, we still think the catch we saw from Bangladeshi fielder Soumya Sarkar in his country's recent Cricket T20 World Cup against Pakistan takes some beating.

Is Zaruba's catch one of the greatest you've seen this year? Let us know what you think by *dropping* us an email at [email protected] or sending us a message at our Facebook page.