The announcement from UEFA 'follows broad consultation process across football'

At one time or another, the away goals rule in cup competitions has either been the bane of your existence or your team's saving grace. However, after decades of debate, UEFA have now confirmed it will be scrapped at the start of next season. 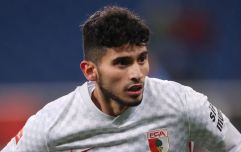 END_OF_DOCUMENT_TOKEN_TO_BE_REPLACED

As you can see in the official tweet down below, ties in which teams have netted the same number of goals will not go straight to the traditional format of extra time followed by a penalty shoot-out.

Whether you're a fan of the current set-up or not, you can't deny this won't add even more drama. Pens every other week please!

⚽ The away goals rule will be removed from all UEFA club competitions from the 2021/22 season.

Ties in which the two teams score the same number of goals over the two legs will now have two 15-minute periods of extra time, and, if required, penalty kicks.#UCL #UWCL #UEL #UYL

You can read the full statement down here:

END_OF_DOCUMENT_TOKEN_TO_BE_REPLACED

"Following the recommendation of the UEFA Club Competitions Committee and the UEFA Women’s Football Committee, the UEFA Executive Committee has today approved a proposal to remove the so-called away goals rule from all UEFA club competitions (men, women and youth) as of the qualifying phases of the 2021/22 competitions.

"Since away goals would no longer be given additional weight to decide a tie, they would also be removed from the criteria used to determine the rankings when two or more teams are equal on points in the group stage i.e. the criteria applied to matches played by the teams in question. They would not be removed from the additional criteria applied to all group matches if the teams remain equal (higher number of away goals scored in all group matches), in order to retain a maximum number of sporting criteria. 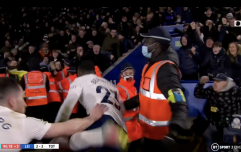 END_OF_DOCUMENT_TOKEN_TO_BE_REPLACED

"Many different factors may be considered as having an impact on this decline in home advantage. Better pitch quality and standardised pitch sizes, improved stadium infrastructure, higher security conditions, enhanced care of refereeing (and more recently the introduction of technological support such as GLT [goal-line technology and VAR), wider and more sophisticated TV coverage of matches, more comfortable travel conditions, a compressed calendar dictating squad turnover, and changes in competition formats are all elements which have affected the way football is played and blurred the lines between playing at home and away."

The statement also features comments from UEFA President, Aleksander Čeferin, who said the following of the decision scrap the away goals rule:

“The away goals rule has been an intrinsic part of UEFA competitions since it was introduced in 1965. However, the question of its abolition has been debated at various UEFA meetings over the last few years. Although there was no unanimity of views, many coaches, fans and other football stakeholders have questioned its fairness and have expressed a preference for the rule to be abolished.

The impact of the rule now runs counter to its original purpose as, in fact, it now dissuades home teams – especially in first legs – from attacking, because they fear conceding a goal that would give their opponents a crucial advantage. There is also criticism of the unfairness, especially in extra time, of obliging the home team to score twice when the away team has scored.”

Čeferin concluded that “It is fair to say that home advantage is nowadays no longer as significant as it once was", especially after noting the "consistency across Europe in terms of styles of play, and many different factors which have led to a decline in home advantage".

As listed on their website, the latest versions of all UEFA club competition regulations can be accessed here.