As per The Times', Martyn Zeigler, UEFA are reported to be pushing for a new ten-match group stage format in the Champions League. The proposal has faced plenty of opposition around Europe but is on the verge of being approved by an executive committee at some point on Wednesday.

END_OF_DOCUMENT_TOKEN_TO_BE_REPLACED

Reforms on the continental stage have been suggested for a while now, with everything from a European Super League, to handing out two automatic Champions League places to top clubs based on their historical record having been proposed.

However, this is the first that is believed to have certain traction and notable backers include Manchester United’s executive vice-chairman, Ed Woodward, and Manchester City’s chief executive, Ferran Soriano. The pair both sit on the committee which will soon finalise the changes.

As Zeigler explains, this new format "will mean 36 instead of 32 teams involved using what has been termed the 'Swiss system' [i.e. 36 ranked teams] and ten group matches instead of six". It is also worth mentioning that not every team would play each other though - this would come down to their UEFA rankings and subsequent coefficient.

Moreover, "each club will play five home and five away matches in the group stage against ten opponents of different strengths based on seeding", with the results feeding into one 32-team league table.

The top eight will progress through to the knockout rounds automatically and there will be play-offs for clubs finishing between ninth and 24th place in the table to decide the other eight who will advance on to the next stage. 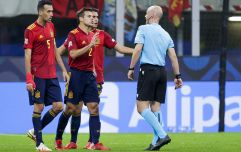 END_OF_DOCUMENT_TOKEN_TO_BE_REPLACED

It may not be the same as the initial, controversial concept of the European Super League, but there are certainly several ramifications that will be felt if and when the plan is signed off on.

First off, not only will the additional fixtures put added pressure on club calendars, but two of the extra places will go to the clubs with the best coefficient who missed out on Champions League qualification.

To use Zeigler's example, for instance, this could see "Liverpool finishing sixth in the Premier League and getting into the Champions League but Everton finishing fifth and not doing so". Figure that one out.

Furthermore, there would no longer be a drop-down into the Europa League for those who crash out of Europe's premier competition. This means even further complications for how UEFA's second tournament is organised, which has already been criticised for being too dense/saturated in the past.

Outside of the strain extra European matches will put on those competing, the English FA and a number of individual clubs are against the proposal. Crystal Palace chairman, Steve Parish, believes this will "have a quite devastating effect on domestic competition in England," and Aston Villa chief executive, Christian Purslow has labelled the coefficient access plan "grossly unfair." 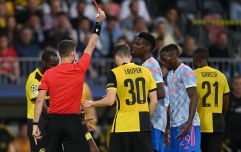 END_OF_DOCUMENT_TOKEN_TO_BE_REPLACED

The European Leagues association has also pushed back against these plans. Representing domestic leagues around Europe, their hope was to "allow more national champions of smaller nations such as Scotland and the Netherlands" to qualify for the Champions League, as well introduce a "maximum of five teams from any one country."

Nevertheless, the Leagues president, Lars-Christer Olsson, admitted that their power is limited and can do little to impact the decision. It seems UEFA and the big European clubs are going to get their way.

This seems more like a step back backwards for the Champions League, which is already dominated by a select few - it isn't the clubs with more financial firepower that need a leg-up, especially just because they have 'history'.

Knockout football is exciting for that very reason - you don't need to add more games to the group stage. More importantly, footballing heritage is built by simply allowing teams to play the game and add trophies to their cabinet. You don't need to mess with that formula.